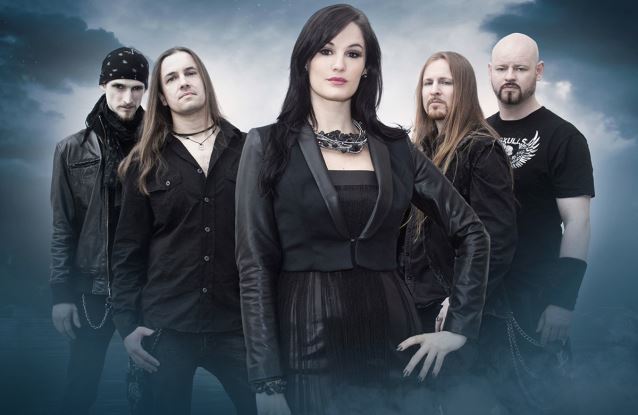 Says Manuela in a statement: "After three years with the boys in XANDRIA, I decided to follow a different path and go my own musical way." The sympathethic Bavarian singer leaves with regret but also full of gratitude, thanking band and fans for the time they had together and being grateful for the "wonderful moments in mutual tours and shows." Manuela is "wishing Dianne and band all the very best for the future!"

XANDRIA has just hit the studio to begin recording its sixth studio album for an early 2014 release. According to the band, the as-yet-untitled follow-up to 2012's "Neverworld's End" will "continue the musical journey and direction" of the last CD but "will bring in even more of everything people liked" about "Neverworld's End".

Dianne Van Giersbergen will make her live debut with XANDRIA at the end of November on a Spanish tour. She says in a statement: "Thinking of all the beautiful things I am yet to do, people I am yet to meet and memories that are yet to be made brings a smile to my face! I am looking forward to this adventure and would love to take you all along with me."

Fans had a last chance to see Kraller singing with XANDRIA this past weekend in Leipzig, Germany and Pratteln, Switzerland, where she performed at the Masters Of Symphonic Metal festival at Z7.