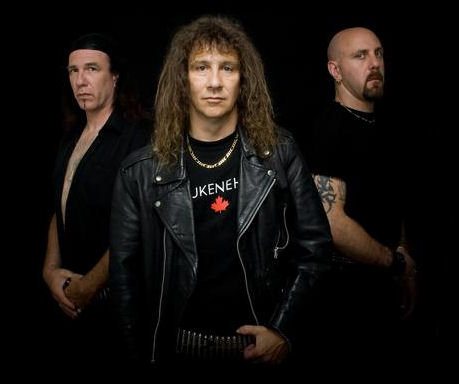 "Juggernaut Of Justice", a brand new song from Canadian heavy metal legends ANVIL, is available for download as part of The End Records' spring 2011 sampler at this location.

"Juggernaut Of Justice" is the title track of ANVIL's new album, due on May 10 via The End Records. The CD was recorded at Dave Grohl's (NIRVANA, FOO FIGHTERS) Studio 606 in Northridge, California with famed producer Bob Marlette (BLACK SABBATH, AIRBOURNE, FILTER, ATREYU, ALICE COOPER). Prior to the arrival of the new album, The End will release the definitive ANVIL anthology. The collection will be comprised of classics old and new, with some surprises, and will showcase the band's entire career spanning back to 1978.