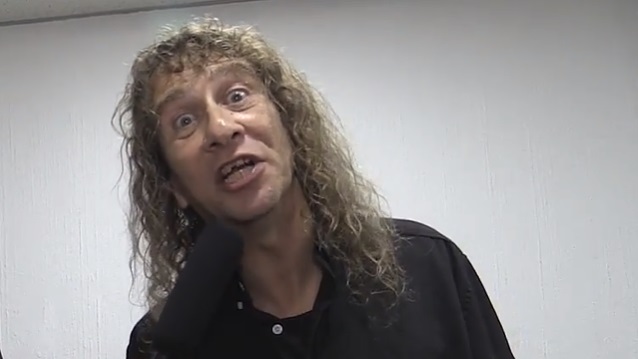 ANVIL's LIPS: 'It's Really, Really Hard To Make It In Music'

Metal Morphosis TV conducted an interview with ANVIL frontman Steve "Lips" Kudlow when the band played in Quito, Ecuador on September 30. You can now watch the chat below.

Asked about the secret to ANVIL's survival in the music industry for nearly four decades, Lips said: "What's the secret? You don't do it for money. I'm dead serious. You set your life up so that you can do what you love. And that means if you have to go to a goddamn job and do deliveries just so you can rock and roll, that's what you've gotta do. You make the sacrifices, you make the choices, you make your life work the way you want it to do. It's up to you, yourself. You don't wait for somebody to give you the opportunities; you make your life and your own opportunities. That's what the key to longevity is. If you don't do it for money and you don't put the pressures of money on doing what you love, then it's endless — you never have to worry about it. Now, what has actually happened from living that way for 37 years, it's finally flipped around where I'm making a living. I'm actually making the money that I never expected to make, which is a beautiful thing. It means that all those years of doing deliveries, it was worth it."

He continued: "Let's face it. Look at me. I'm 61 years old. I don't have a big fat pot belly, I'm not out of shape. I feel young, I feel vigorous, I'm happy, and that's because I kept myself in good physical condition from doing a physical job. And the way that I looked at my hard labor when I used to do those deliveries is, 'I'm keeping myself in shape.' I'd work from six in the morning until noon, till one or two o'clock, and that's when I did my day. After that, I'd go to rehearsal, write songs and dedicate my life to my music. And it wasn't the type of job that I have to worry about once I leave. I leave my job at my job and then I go do what I love. And I set my life up so that's precisely what I've been able to do. A lot of musicians don't have that ability. They make mistakes. They marry the wrong woman. They take the wrong job. I mean, there's a million things… They get in a band with a bunch of bums.

"It's really, really hard to make it in music — one of the most difficult things," Lips added. "You have a better chance going to Las Vegas and making a bet than making a living at rock and roll. But, having said that, when you love something as much as I do, none of that matters."

ANVIL will release its new album, "Pounding The Pavement", on January 19, 2018 via SPV/Steamhammer as a digipak version (including one bonus track and poster),two-LP gatefold colored version, digital download and stream. The disc was produced at the Soundlodge studios in Rhauderfehn in the northwest of Germany, where ANVIL found not only the necessary peace and seclusion to concentrate on their recordings, but also met in studio owner Jörg Uken the ideal producer for their ambitioned work. 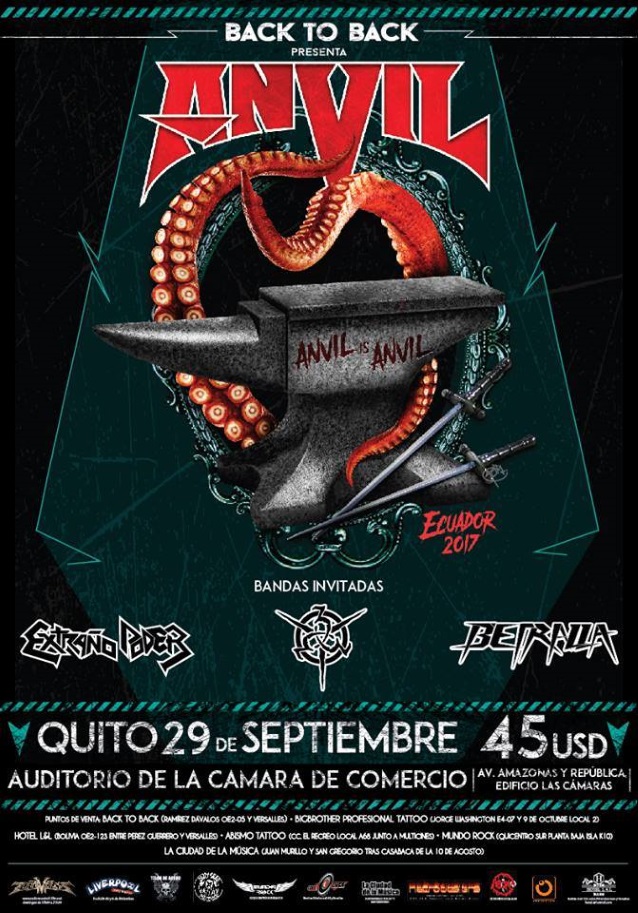