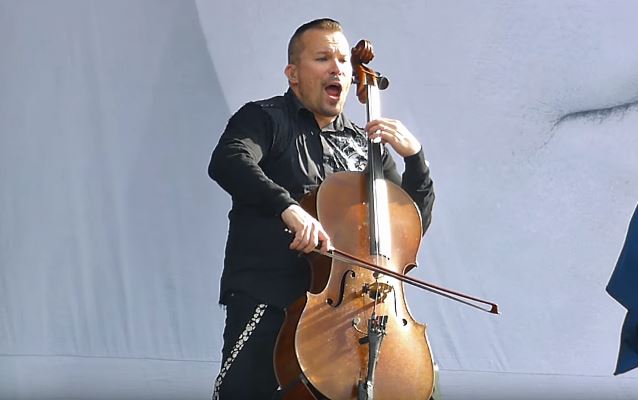 Professionally filmed video footage of Finnish rockers APOCALYPTICA performing a cover version of the METALLICA classic "Seek & Destroy" on June 4 at the Sonisphere festival in Luzern, Switzerland can be seen below.

APOCALYPTICA's version of "Seek & Destroy" is featured as a bonus track on the upcoming 20th-anniversary reissue of the band's epic debut, "Plays Metallica By Four Cellos", which will be made available on July 22.

Upon its release, "Plays Metallica By Four Cellos" was a new approach to the hits of the biggest metal band the world has seen. Even more, APOCALYPTICA created their very own genre and laid the foundation to a career that has lasted for 20 years so far with millions of records sold and sold-out shows around the world.

APOCALYPTICA joined METALLICA on stage at the Fillmore in San Francisco as part of the week-long celebration of the latter band's 30th anniversary in December 2011. APOCALYPTICA's Perttu Kivilaakso told Austria's Mulatschag about the experience: "Of course we felt very privileged being included amongst all those amazing artists. And after the thing, what we have done during our career, it has been pleasant to realize and notice that, actually, the METALLICA guys, who are the reason for us to start to do something like this, that they do respect us at least that much that they wanted us to be a part of this big celebration of their career. Of course, it was crazy. I remember that when we started to play 'One', I'm starting this song and James Hetfield is just next to me, and I'm thinking, when I was 13 years old, he was my biggest idol and now we are playing together. So it's absurd, but just natural and logical in other terms."

Added APOCALYPTICA's Paavo Lötjönen: "You know, the connection to METALLICA has been really super great all these years. We played first time as a support to them already in '96. It was actually our fifth show for a proper rock and roll audience, and we were supporting METALLICA, so it was quite crazy. And since that, we have played many times with them at same festivals and… Let me say that the connection with METALLICA is really cool and really nice."

Continued Perttu: "We just were [on tour last] spring [in the U.S.] and Lars [Ulrich, METALLICA drummer] came to watch our show in San Francisco. And yeah, usually we try to hang out whenever it's possible."

APOCALYPTICA will remain staying on the road supporting its latest album, "Shadowmaker", until the end of 2016, with shows in USA, Europe, Australia and Latin America. In 2017, the band will return with special shows to celebrate the 20th anniversary of "Plays Metallica By Four Cellos". 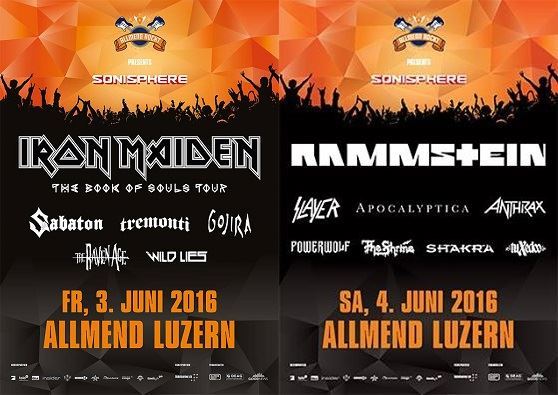