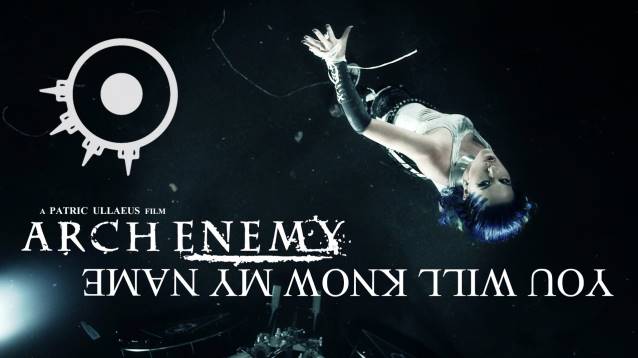 ARCH ENEMY: 'You Will Know My Name' Video To Premiere Tomorrow

The official video for the song "You Will Know My Name" from Swedish / American / Canadian metallers ARCH ENEMY will make its online debut tomorrow (Tuesday, May 27). The clip was once again directed by Patric Ullaeus of Revolver Film Company, who has previously worked with DIMMU BORGIR, LACUNA COIL, IN FLAMES, SONIC SYNDICATE and KAMELOT, among others.

"You Will Know My Name" is taken from ARCH ENEMY's new album, "War Eternal", which will be released in North America on June 10 via Century Media Records. The cover artwork was created by Costin Chioreanu.