AS I LAY DYING Announces 'Burn To Emerge' Spring 2020 U.S. Tour With WHITECHAPEL

AS I LAY DYING will embark on the "Burn To Emerge" tour in May. Support on the trek will come from WHITECHAPEL and SHADOW OF INTENT.

AS I LAY DYING is continuing to promote its seventh full-length album, "Shaped By Fire", which was released last September via Nuclear Blast.

Although most AS I LAY DYING fans have welcomed the group's return, some resistance remains; in late 2018, the band was dropped from the lineup of Spain's Resurrection Fest, and last year, a venue in Memphis, Tennessee called off AS I LAY DYING's performance after it faced online backlash. 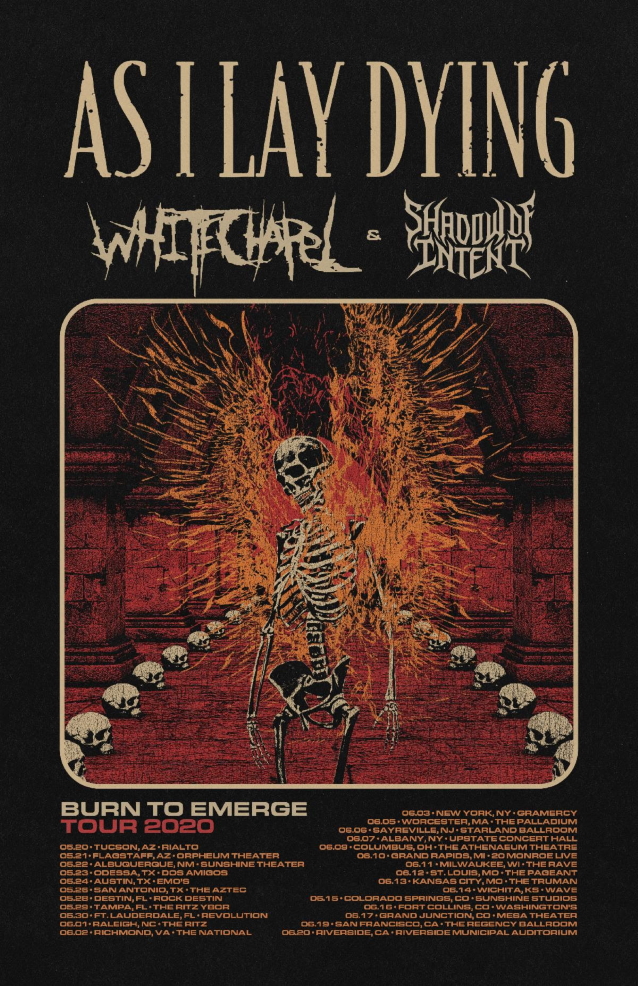