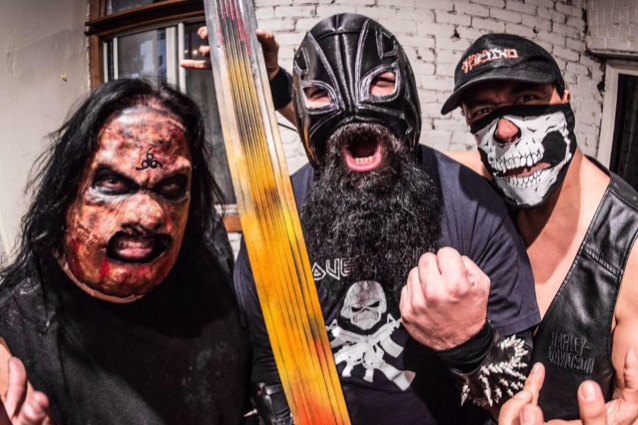 ASESINO, the death metal/grindcore project featuring FEAR FACTORY guitarist Dino Cazares and FEAR FACTORY/ex-STATIC-X bassist Tony Campos (on bass/vocals),played a free show this past Tuesday, February 12 at Slidebar in Fullerton, California. Fan-filmed video footage of the concert can be seen below.

ASESINO will return to Mexico this May, a little over half a year after canceling an appearance at the 2017 Knotfest México due to Cazares's broken leg.

ASESINO will play the following shows:

ASESINO has spent the last few years sporadically working on material for its long-awaited third album. 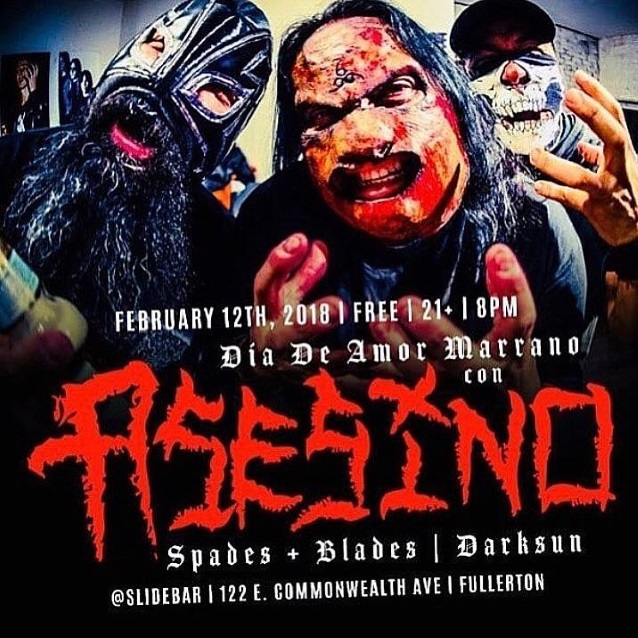 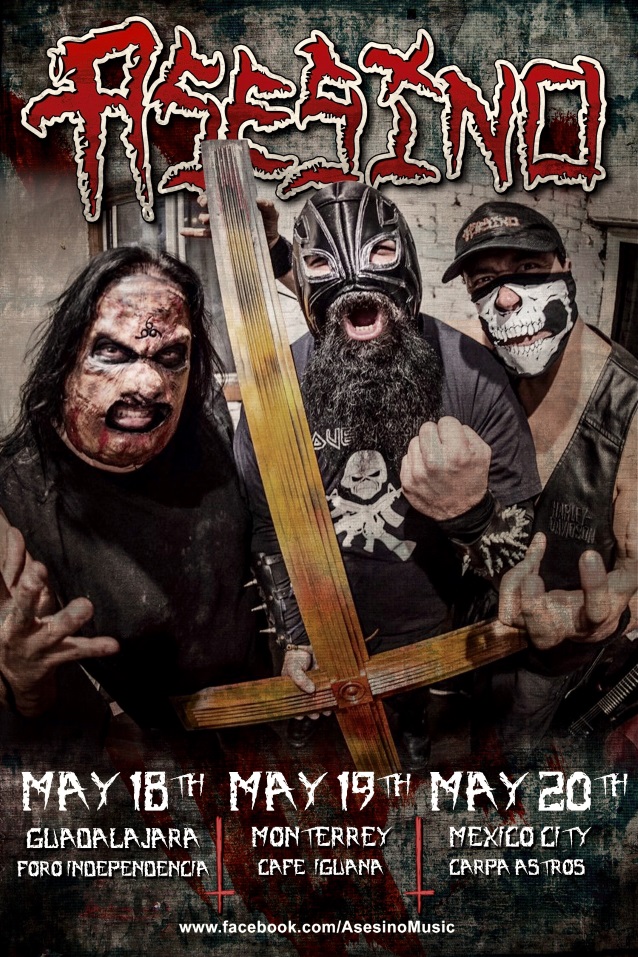