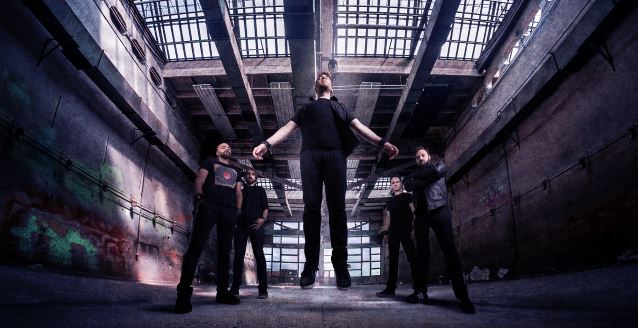 At least 27 people were killed and nearly two hundred were injured Friday night (October 30) in Bucharest, Romania after a fire was sparked during a concert by a local heavy metal band called GOODBYE TO GRAVITY. The incident occurred at the Colectiv nightclub, housed in a former factory, and only one exit door, during a release party for the group's new album, "Mantras Of War", with an estimated 400 people in attendance. The fire was started when GOODBYE TO GRAVITY's fireworks show went awry, creating panic among the hundreds inside, many of whom scrambled for the exit.

Initial reports suggested that an explosion had occurred at the club located in a basement in downtown Bucharest, but authorities at the scene later said there had only been a fire.

"People were fainting, they were fainting from the smoke. It was total chaos, people were trampling on each other," a witness told Romania's Antena 3 TV. "It was a tragedy that could have been avoided if there had been more organization from the emergency services."

A concert attendee wrote on Facebook that two foam pillars caught fire. "They then set fire to wood inside the building, which burned everything really quickly," he said. "It was made worse by the fact that the only way out was a relatively small door."

Sanda Nicola, a local journalist, told Telegraph: "Some of those being admitted to hospital have burns all over their bodies. Most of the victims were teenagers and students. Paramedics say that many of the people involved were foreigners who did not speak Romanian."

An October 26 posting on the Colectiv Facebook page promised that GOODBYE TO GRAVITY's performance at the venue would include "a customized light show and pyrotechnic effects."

Klaus Iohannis, the president of Romania, wrote on Facebook that he was "shocked and deeply saddened" by the fire. "It is a very sad moment for all of us, for our nation and for me personally," he wrote. "At this painful time, I express my full compassion and solidarity with the families of those affected by this tragedy."

Photo below was taken at Colectiv before the explosion took place.