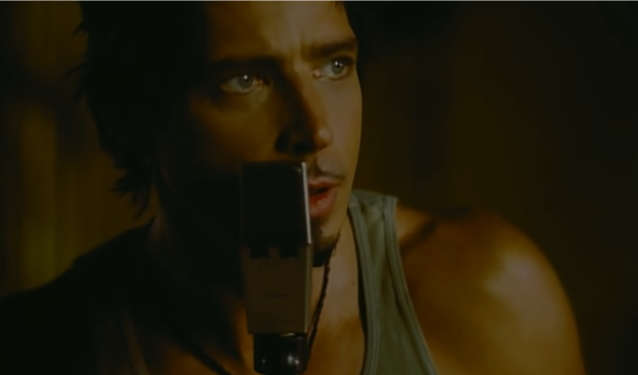 AUDIOSLAVE's music video for "Like A Stone" has surpassed one billion views on YouTube. The clip, which was uploaded to YouTube in October of 2009, was filmed nearly 30 years ago in an old, giant house in Los Angeles where AUDIOSLAVE was rehearsing for a tour. The video was directed by Meiert Avis, who had previously worked with U2 and Bruce Springsteen.

"He did all of the videos off 'Joshua Tree' and 'The Unforgettable Fire'," Morello told MTV at the time. "Those are really great videos that give portraits of the songs that are compelling and true and honest to both the band and to the music. So we gave him a call and shot a fabulous video with him."

Avis and AUDIOSLAVE decided the best way to capture the band was to artistically document it in its natural environment.

"It was just us in our rehearsal and recording environment," Morello said. "We shot the band in its natural habitat, and it provides a little bit of a behind-the-scenes look, but from an artistic point of view in order to capture the mood of the song."

AUDIOSLAVE performed together for the first time in over a decade in January 2017, reuniting at the Teragram Ballroom in Los Angeles as part of the Anti-Inaugural Ball, a star-studded concert protesting the swearing-in of Donald Trump as the nation's 45th president. The band played three of its best-known songs: "Cochise", "Like A Stone" and "Show Me How To Live".

Cornell was found dead in his hotel room after performing a show with SOUNDGARDEN in Detroit on May 17, 2017. Officials later confirmed he had hanged himself.