The Australian government has once again released a new collection of AC/DC coins.

The Royal Australian Mint (the Mint) — a government agency which is the sole supplier of Australia's circulating coinage — has issued a box set with original AC/DC album covers.

The six LP represented in the series are "High Voltage", "TNT", "Dirty Deeds Done Dirt Cheap", "Back In Black", "For Those About To Rock" and "Ballbreaker". The roadcase box set edition includes a seventh AC/DC collectors coin.

The six album coins are available for $15 AUS while the road case box is going for $110.

This is the second time the Royal Australian Mint has produced AC/DC coins. Two years ago, it celebrated AC/DC's 45th anniversary by releasing a similar series.

AC/DC's new studio album, "Power Up", is due on November 13. The follow-up to 2014's "Rock Or Bust" features AC/DC's reunited lineup of Angus Young (guitar),Brian Johnson (vocals),Phil Rudd (drums),Cliff Williams (bass),and Stevie Young (guitar). Johnson and Williams both left in 2016 for health reasons; and Rudd was sidelined in 2015 with various legal issues. 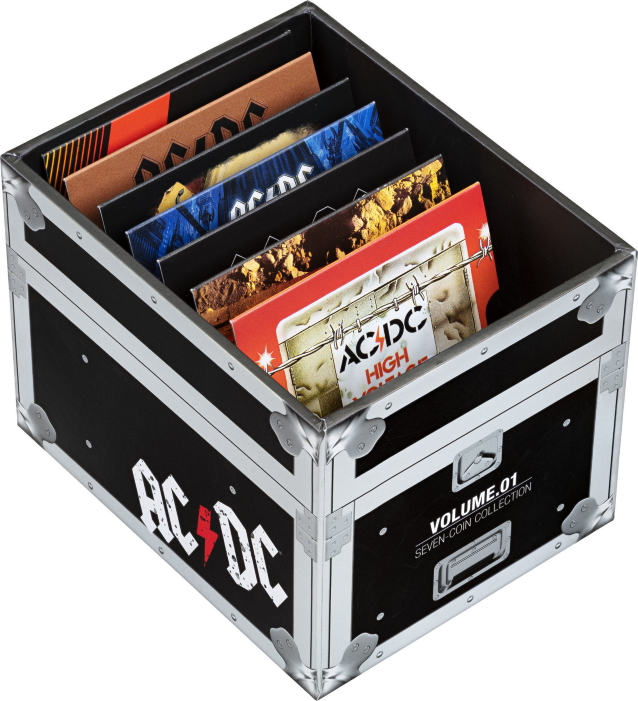