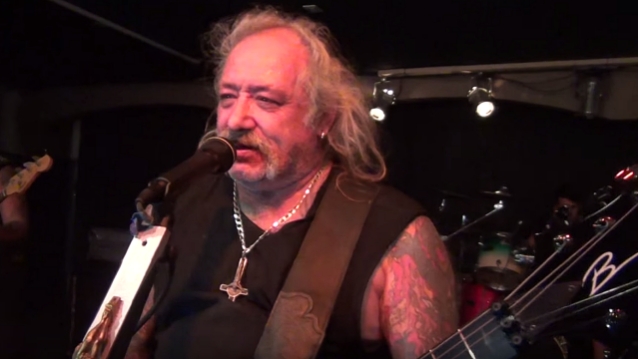 Australian metal legend and thrash pioneer Peter Hobbs of HOBBS ANGEL OF DEATH has passed away. He died this morning at his home in Queensland, where he lived after moving north from Melbourne not long ago. He was 58 years old.

Peter made his mark with thrash metal pioneers TYRUS before moving on to ANGEL OF DEATH.

According to the Metal Archives, ANGEL OF DEATH started out in 1987 as Peter's solo project. The band played thrash metal in the SLAYER vein but Hobbs himself referred to their style as "virgin metal" as he saw it as an untainted and pure form of metal.

ANGEL OF DEATH's self-titled debut album was released in 1988 through Steamhammer. The band dissolved soon after the release, but seven years later, it reformed to release its second album called "Inheritance", which was only distributed in Australia.

A long period of silence followed until the band reformed once again in 2002. In July 2003, they signed a four-album deal with Modern Invasion Music.

In recent years, ANGEL OF DEATH was active again, with tours overseas and plans to play more gigs in the future.