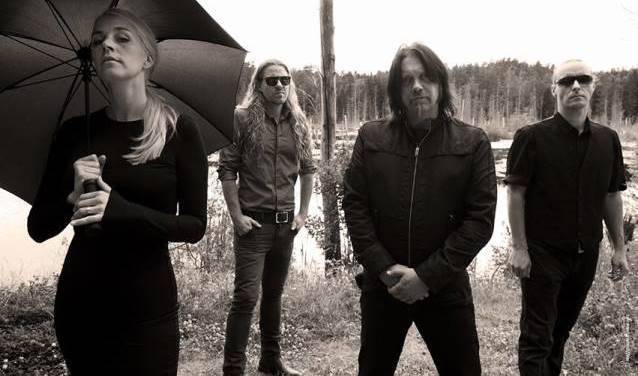 Due to his health condition, Edling was unable to perform with AVATARIUM at the Roadburn festival in April in Tilburg, The Netherlands. Filling in for him once again was Anders Iwers from TIAMAT (see video below).

AVATARIUM previously performed without Edling at the House Of Metal festival on March 1 in Umeå, Sweden.

The cover artwork for "Avatarium" was created by Swedish artist Erik Rovamperä, who has previously worked with CANDLEMASS.

Jidell had the following to say about the birth of "Avatarium": "When we started to demo the songs on this album, we had one thing that we thought was extremely important: we wanted to make music that was heavy, dark and poetic. Also, we had an urge to make an album with a very organic sound and no fixing and trixing in computers but just try to make great emotional music.

"During the whole process, we have been looking for feeling rather than trying to make everything technically perfect.

"I think that everything really came together the first day Jennie-Ann came in the studio and sung 'Moonhorse'. She had everything we looked for in a singer: rock 'n' roll attitude, jazz and blues feel, a big and powerful voice and yet so able to be fragile and extremely tender in her interpretation of the songs.

"If you like heavy, dark riffs and big guitars, emotional, raw and bluesy vocals, thunderous and groovy drums, I am quite sure that you'll like AVATARIUM."

AVATARIUM made its live debut on November 9, 2013 in Stockholm. The band played two songs at the private 40th birthday party for AVATARIUM and TIAMAT drummer Lars Sköld at Blå Cupolen.