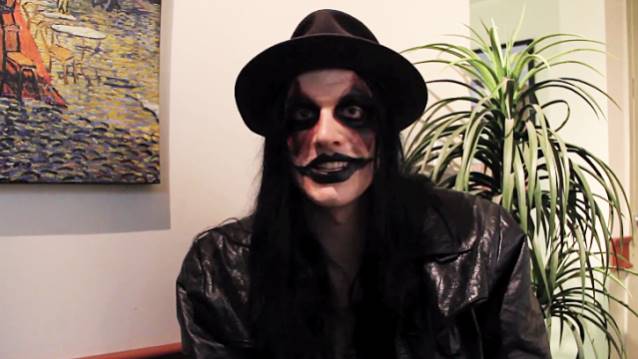 DJ Insanity of Broken Neck Radio conducted an interview with vocalist Johannes Eckerström of Swedish metallers AVATAR at this year's Rock On The Range festival, which was held May 16-18 at the Columbus Crew Stadium in Columbus, Ohio. You can now listen to the chat below.

AVATAR's new album, "Hail The Apocalypse", sold around 3,500 copies in the United States in its first week of release to debut at position No. 97 on The Billboard 200 chart. Released in North America on May 13 via eOne Music, the CD was recorded in Karma Sound Studios, Bang Saray, Thailand, mixed by Jay Ruston (STONE SOUR, ANTHRAX, STEEL PANTHER) and mastered by Paul Logus (VOLBEAT, CLUTCH, KILLSWITCH ENGAGE).