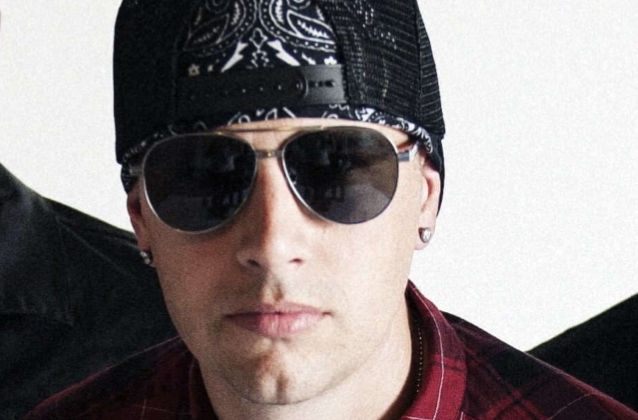 In the brand new issue of Metal Hammer magazine, AVENGED SEVENFOLD singer M. Shadows was asked if it "really annoys" him when certain music web sites types "blow things out of proportion." He responded: "It annoys me when something cool or relevant happens and it doesn't get written about. Then, other times, they will take one line from some random interview and blow everything out of proportion. Blind follow the blind. If one web site picks it up, then they all have to. Why not write your own articles? I wish press and fans cared more about the songs than other bullshit that comes along with it. A lot of records and bands are successful or fail based off initial sentiment. For instance, you see one article with a strong opinion all over the place and it dominates the narrative. I wish people would think for themselves. There's not a lot of that going on these days."

Back in November 2016, M. Shadows hit out at "web sites that depend on clicks for revenue" over their coverage of the No. 4 debut of the band's latest album, "The Stage", on The Billboard 200 album chart. The surprise release of the disc, which was announced the night it went on sale, earned the lowest sales of an AVENGED SEVENFOLD album in eleven years. It sold 76,000 copies in its first week, 73,000 of which were physical.

He wrote at the time: "One thing I have noticed in the last couple of years is that websites that depend on clicks for revenue tend to love weaving narratives that benefit their bottom line. You see it largely in politics and now you see it in metal. I admit that I think these websites are entertaining and don't hate or even dislike the people that run them or their visitors. None of this is to be taken too seriously but when I am sent the same articles over and over that are meant to sell their false narrative about A7X, then I think it's time for the band to speak up."

"The Stage", AVENGED's debut for Capitol Records, sold less than half as many copies in its first week as the group's two previous efforts, 2010's "Nightmare" and 2013's "Hail To The King".