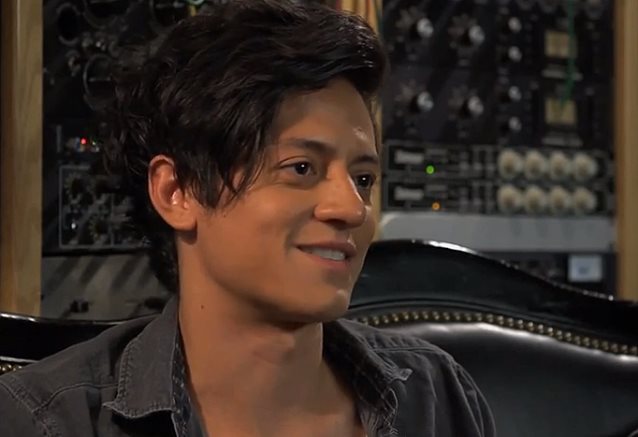 In a brand new interview with Omaha World-Herald, AVENGED SEVENFOLD drummer Arin Ilejay was asked where the classic rock influence on the band's new album, "Hail To The King", came from.

"It's an evolution of what the band wants," he replied. "A lot of it had to do with growing up. At a young age, they wanted to show their interest, and their interest was deeply in hardcore. They had a bit of an awakening and said, 'Let's look back at our roots. What do we want to do? We really want to be heard everywhere, and we want to play everywhere.' So we asked, 'What do the greats do? What are the bands that are still touring today that we loved as kids?' And those are bands like METALLICA and IRON MAIDEN. AVENGED SEVENFOLD wants to be a classic band, and we wanted to make a classic record that really explodes."

Regarding the songwriting process for the new CD, Arin said: "It's really a lot of concept-type stuff. A lot of it is done by sitting in the studio. Everybody comes with their own part or their own thing, and then we bring it together. 'This will go with that.' Or, 'Oh, that's not what we're going for.'"

Ilejay also commented on the year-long break the band took before making "Hail To The King". "Everybody just kinda chilled," he said. "Some guys did some surfing. [Singer M.] Shadows just had a baby. I just got married. All of us went off to do some major personal missions and came back successful in the end. It was definitely a well-needed time off to kind of soak in what we just accomplished. Then with the writing of the album, we put in as much work as possible. Everybody definitely had a nice breather, and then it was straight to the grinder."