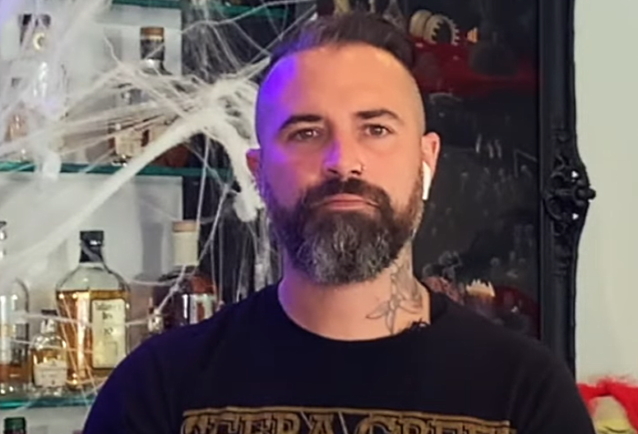 During an appearance on the latest episode of "The Sailor Jerry Podcast", a bi-weekly show hosted by Matt Caughthran, frontman of THE BRONX, AVENGED SEVENFOLD bassist Johnny Christ revealed that his band's upcoming studio album was once again produced by Joe Barresi, who previously worked on 2016's "The Stage". Johnny said (as transcribed by BLABBERMOUTH.NET): "He just did that SLIPKNOT record, the new SLIPKNOT record ['The End, So Far'], which is incredible. He's always worked with TOOL. He's an unsung hero, in a lot of ways. He's not one of those big, flashy names as a producer, I don't think.

"'The Stage' was the first record we worked with him," Christ continued. "We had a great time working with him. He's awesome. He can really get into it in the studio with getting the right tones and the right sounds. You go to his place in Pasadena and all those pedals and everything he's got… 'What kind of sound are you looking for?' And he pulls out about 10 different things to get that sound until you get it. And you run it through. It might take you four hours to lay down a five-second part, but it's worth it every time — it's worth it.

"I think one of the important things… Obviously, what he does, just engineering and getting the right tone every time, his knowledge of that over the years is just so great," Johnny added. "He brings a lot of what he's learned over the years into a modern way and makes it new every time. I love his sounds; he's so brilliant at getting 'em. But moreover, as a producer, just having… You're working with someone for hours upon hours, that personality has gotta be there. And he's just got this even-keeled fucking demeanor about him always. It's relaxing. When you start feeling all the pressure, he's just still right there with you. And I think that that's such an important, underrated thing for a producer, to have the right personality in there. If we were in there with someone that was high energy or wanted to butt heads back at any point, the records wouldn't get done. We're too stubborn. I'm just being honest. We're way too stubborn. So he just works perfectly with us… He's become a very good friend too. He's an awesome dude."

Last year, AVENGED SEVENFOLD singer M. Shadows told the 93X radio station that Wallace is "favorite mixer ever." He explained: "We usually hand him so many tracks, and then when we get it back… None of our records sound the same; he's not putting it through the Andy Wallace lens. He's giving us what we want but he's allowing you to hear everything we've given him. So you can kind of sit there and go, 'If I wanna listen to the bass, I can hear it. If I wanna listen to that third guitar, I can hear it.' He does such a great job of making things sound big and full but also with all the layers; you can hear every layer. So, to me, he's just so important every time. He's my favorite."

AVENGED SEVENFOLD kept a low profile during 2019, before the pandemic. A blood blister on M. Shadows's vocal cords forced the band to cancel a summer 2018 tour with PROPHETS OF RAGE and THREE DAYS GRACE.