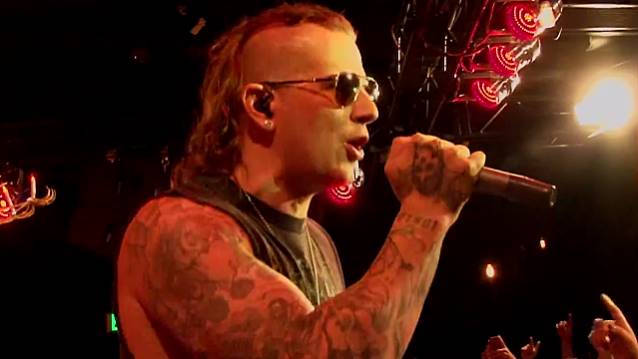 AVENGED SEVENFOLD is the subject of a cover story in the December 2013 issue of U.K.'s Metal Hammer magazine. A couple of excerpts from the article follow below.

On the state of the heavy metal and hard rock scene in America:

M. Shadows (vocals): "To be honest, I think rock rnusic is in a pretty rough place in America today. I don't feel that mainstream America really cares about rock music right now. Honestly, it's a little scary. It'd be cooler if there was a new 'Big Four' leading the charge and taking metal to a new place, but it's pretty obvious right now that metal is taking a beating. We want metal to be dangerous again. How cool would that be?"

On AVENGED SEVENFOLD's rising popularity on the European continent:

M. Shadows: "I recall us selling out L.A.'s 5,000-capacity Gibson Amphitheatre and flying straight to Germany to play a 300-capacity room where we'd only sold 120 tickets. This was when 'City Of Evil' was really taking off in the U.S., but it seemed like Europe was less interested. And now our ticket sales in Europe are just crushing what we're doing in the States. That's a pretty amazing feeling. It feels like we're truly building a worldwide cult. And that this is just the beginning of something special."

On AVENGED SEVENFOLD's new album, "Hail To The King", topping the charts on both sides of the Atlantic:

Synyster Gates (guitar): "We're fortunate that our fans worldwide have really embraced our evolution. We know how lucky we are. We want to change people's lives. I'm not saying we're God's gift, but we're trying to make a difference. We're trying to leave no stone unturned, to push forward in every aspect of what it means to be a band. Because this really matters to us. Metal matters to us. And we know exactly how much it means to kids out there too. The challenge is to move forward together. And that's what this tour is all about, taking things to a new level."

Synyster Gates: "I hope we're not the last of the Mohicans when it comes to putting on a big, crazy, over-the-top theatrical rock show. This is what we grew up on, with bands like [IRON] MAIDEN and METALLICA, and I really hope we're not the last of a dying breed. We want to blow kids' minds just as we had our minds blown by massive shaws when we were growing up. Metal should be spectacuiar and dramatic and thrilling. When kids invest their time and money in coming to see us, we owe it to them to give them the best night of their lives."

On being criticized by other metal and hard rock musicians while selling a huge amount of records and packing live shows:

M. Shadows: "No other metal band is.doing what we're doing. We've all heard people in bands who I won't give any publicity to shouting their mouths off in recent months, but fuck the haters. People know that they'll get more attention by talking shit about us and if that's the way they want to run their bands, that's fine, but it's not what we would do. We go out there and kill it every night and you can see what this means to people."

Synyster Gates: "We want to do things the right way. We're lucky to be part of such a unique genre and we're fighting for metal, for the renaissance of the music we love; we believe in this, and to see thousands of kids turning out for a show that we've put heart and soul into is fucking awesome. We're not insecure about this. We know the point we're at... but we all know that there's so much fucking more to come. And we want to take everyone along for the ride."

You can order a copy of the December 2013 issue of U.K.'s Metal Hammer magazine at this location. 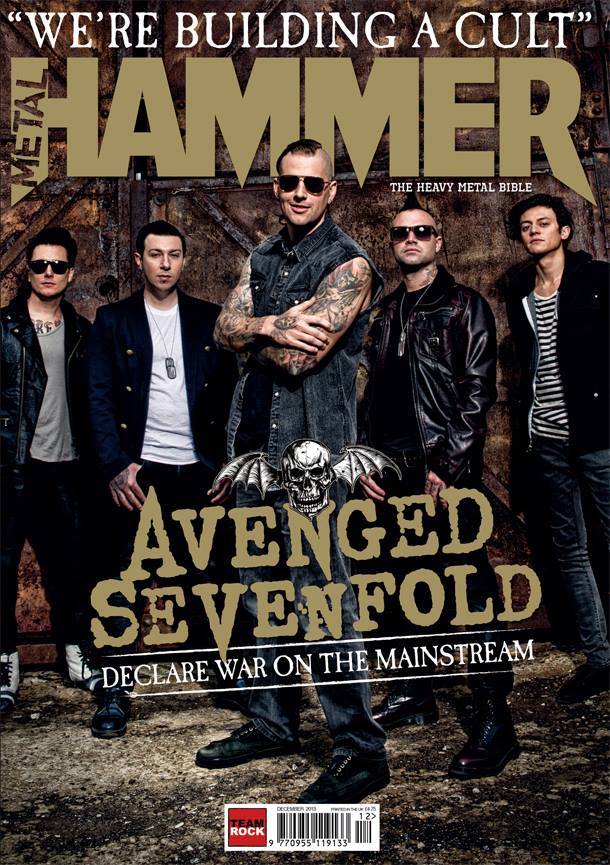