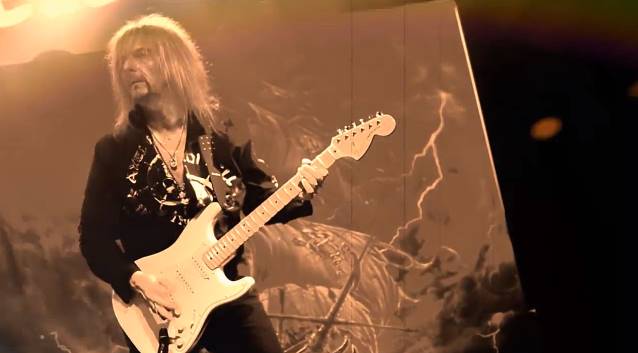 "Long Way To Go", the new video from German guitarist Axel Rudi Pell, can be seen below. The song is taken from Axel Rudi Pell's new album, "Into The Storm", which registered the following first-week chart positions:

In Germany and Switzerland, it's the highest chart entry ever in Axel's 25-year solo career.

"Into The Storm" track listing: