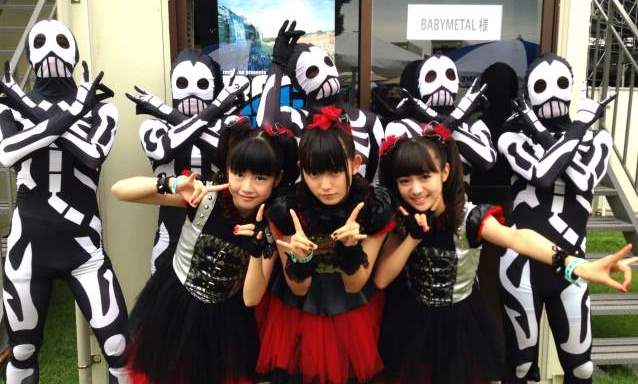 Professionally filmed video footage of BABYMETAL's May 26 performance at the MetRock 2013 festival in Tokyo, Japan can be seen below.

BABYMETAL is the heavy metal offshoot of the Japanese pop idol group SAKURA GAKUIN that performs a distinctly Japanese mix of schoolgirl J-pop and death metal.