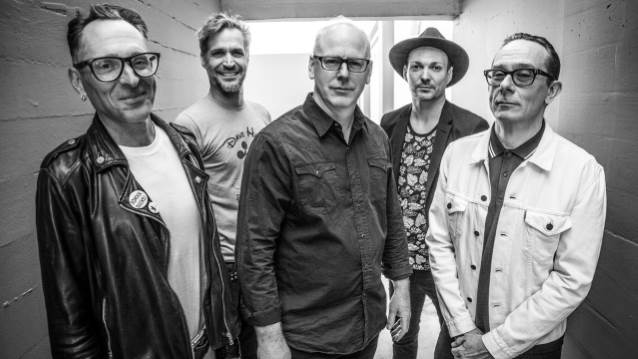 BAD RELIGION guitarist Brett Gurewitz says that the band is preparing "an album's worth of 'Fuck Trump' songs," tentatively due in 2019.

The Californian punk rockers' latest release was a song called "The Kids Are Alt-Right". A nod to THE WHO's 1965 anthem "The Kids Are Alright", it was a sharp takedown of the alt-right movement, captured in lyrics that cut right to the core (e.g., "Humanity is a nowhere scene/When everybody has an AR-15").

Speaking to LA Weekly, Gurewitz stated about "The Kids Are Alright": "It's a scathing indictment of the conservative youth movement, and we have a brilliant lyrics video done by a young Spanish artist named Antoni Sendra (a.k.a. Podenco) — he's a phenomenal visual artist."

He added: "We're writing for a new album, recording this fall or late summer. No release date announced yet, but we should have an album's worth of 'Fuck Trump' songs pretty soon. It's exactly what we need."

BAD RELIGION's last studio album, "True North", was released in 2013. Singer Greg Graffin promised in early 2017 that another record was "on the horizon." But, he cautioned, "'True North' was such a good album that I don't want to put out something that indicates we're aging. [Laughs] We do plan on getting another record out there, hopefully before our 40th anniversary [in 2020]."

The next BAD RELIGION album will be the band's first full-length studio effort with Mike Dimkich (replacing Greg Hetson) on guitar and Jamie Miller (replacing Brooks Wackerman) on drums. The band last released the EP "Christmas Songs" in 2013.