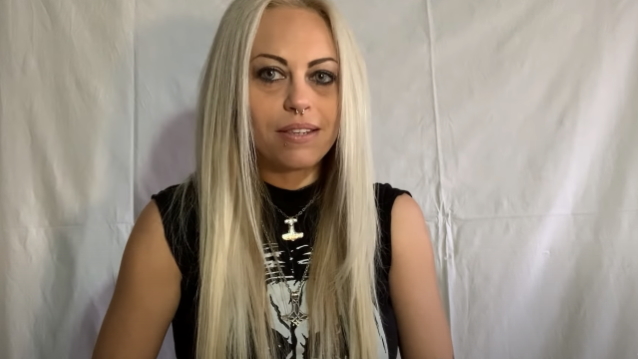 The Italian-born musician, who has been a member of NERVOSA since last May, confirmed her returned to ABBATH in an Instagram post on Monday (June 21).

After Wallace shared another "throwback" photo from her time with ABBATH, writing, "we will be back soon!!!!", a fan asked her, "Are you back playing with ABBATH?" She replied "yes". Another fan wrote: "Hopefully you still playing with NERVOSA as well?", to which she responded: "OF COURSE!!!"

Wallace originally broke the news of her exit from ABBATH in a January 2020 social media post, saying that she was fired by the band's manager in a "five-minute phone call." She added: "I was told not to contact anyone in the band. The explanation for this had no substance and just made more questions and confusion for me. Up until then, I had been preparing for the European tour as I had been told to do. I had to cancel other plans and get time off work for the tour, which I spent much time preparing for."

Earlier that same month, Abbath issued a statement saying that he had been battling addiction and vowing to commit himself to a rehab program that would help him "get clean once and for all."

ABBATH was touring South America in support of its second album, "Outstrider", which was released in July 2019 via Season Of Mist.

"Outstrider" marked ABBATH's second release since the frontman's exit from IMMORTAL. The highly publicized legal battle in 2014 over the rights to the IMMORTAL name pitted Abbath against co-founder Demonaz (real name: Harald Nævdal) and drummer Horgh (real name: Reidar Horghagen),with Abbath claiming the pair abandoned IMMORTAL after they moved their gear out of the band's rehearsal space. The Norwegian court systems determined otherwise, and awarded the IMMORTAL name to Demonaz.

In addition to her work with ABBATH and NERVOSA, Wallace has played with TRIUMPH OF DEATH, NIRYTHTHE TRUE ENDLESS (under the controversial moniker Soulfucker) and KIRLIAN CAMERA. 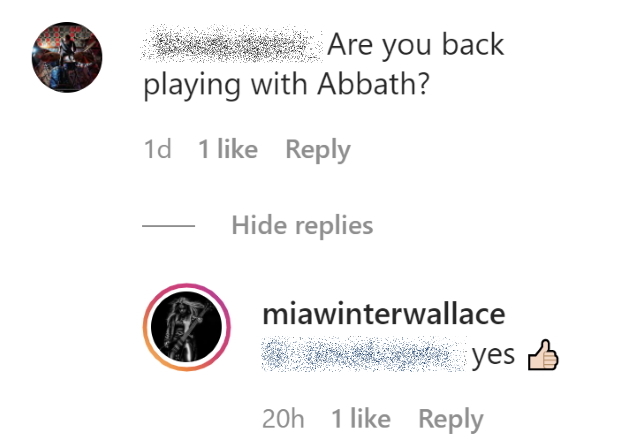 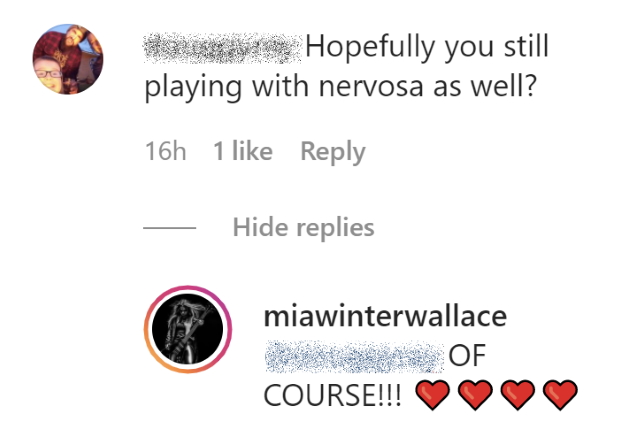