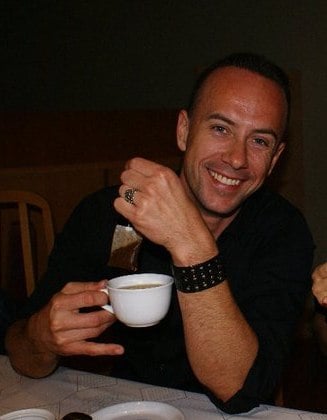 According to reports in the Polish media, Adam "Nergal" Darski, the 33-year-old leukemia-stricken guitarist/vocalist of the Polish extreme metal act BEHEMOTH, left the hematology division of Uniwersyteckie Centrum Kliniczne (UCK) in Gdansk four weeks after he underwent a bone marrow transplant procedure. He reportedly exited the hospital on Monday, January 17 and is resting at his parents' house.

In a recent online posting, Nergal stated that the search for a suitable bone marrow donor "would have been difficult to achieve if it wasn't for the support of so many people . . . The concerts for charity have been organized all over the world and people of show business, bands and, most of all, the fans got deeply involved. You are beyond great! One of you made my transplant possible, but remember, your attitude may save many others in need."

Every year, more than 10,000 people in the United States are diagnosed with leukemia or lymphoma, and a bone marrow transplant from an unrelated person is their best or only hope for survival. There is no data available on how many people die waiting for a match, but only four out of 10 patients receive the needed transplant.

BEHEMOTH's "Evangelia Heretika" DVD was released in the U.S. on November 9 via Metal Blade Records, in Poland via Mystic Records, and in the rest of Europe through Nuclear Blast. It contains three discs featuring two full shows ("Live In Paris 2008" and "Live In Warsaw 2009"); every BEHEMOTH music video ever made; "Evangelion" tour documentary featuring band interviews plus tons of backstage footage; and a bonus "Live in Warsaw" audio CD.