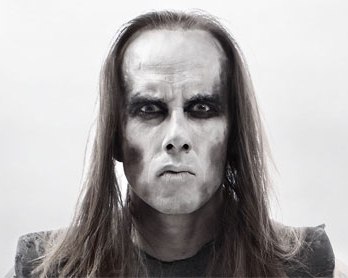 Decibel magazine’s July issue (on newsstands in June) features a nine-page tribute to late SLAYER guitarist Jeff Hanneman in the form of a moving retrospective obituary, some of Hanneman's most biting quotes, and a litany of heartfelt remembrances from EXODUS, Philip Anselmo (DOWN, PANTERA),AT THE GATES, TESTAMENT, CANNIBAL CORPSE and countless other contemporaries, including BEHEMOTH guitarist/vocalist Adam "Nergal" Darski.

"This news was devastating," Nergal said. "SLAYER was more than just a band. SLAYER, for me, has always been about the attitude that influenced myself and BEHEMOTH throughout the years. I'll always be thankful.

"I remember when we were to open for them in Poland years ago for the first time. I had a chance to meet Armand [Crump], Kerry's [King, SLAYER guitarist] guitar tech (R.I.P.),and found out how big a BEHEMOTH fan he was. So, when I saw him doing guitar check with BEHEMOTH's 'Conquer All', I was bursting with pride. He would always let me watch SLAYER from the side of the stage. When we toured with them on the Mayhem tour in the U.S., I would go and watch SLAYER every single day. I never missed a show. One day it was Kerry's side, another day Jeff's. Another day I would watch from the front. Yeah ... call me the luckiest man on earth!

"It was only once that I had a chance to meet Jeff in person. When us and a bunch of other bands, including CANNIBAL [CORPSE], would be barbecuing in the parking lot and he came down with Dave [Lombardo, SLAYER drummer] — both in party moods, ha ha — we encouraged them to get on our bus and do shots with us. I know, that is nothing spectacular — just another party situation. But keep in mind that for a kid who grew up on listening to 'Evil Has No Boundaries' when he was 9 or 10, stuff like that means the WORLD.

"You will be missed, Jeff."

Hanneman passed away on May 2 from liver failure at the age of 49.

Members of SLAYER released a statement on May 9 saying that Hanneman died of alcohol-related cirrhosis.

Hanneman had actually not been playing with SLAYER for more than two years since he contracted necrotizing fasciitis, also known as flesh-eating disease, from a spider bite in his backyard in January 2011. The infection ravaged the flesh and tissues of Hanneman's arm, leading to numerous surgeries, skin grafts and intense periods of rehab that forced him into semi-retirement and left him near death at several points. 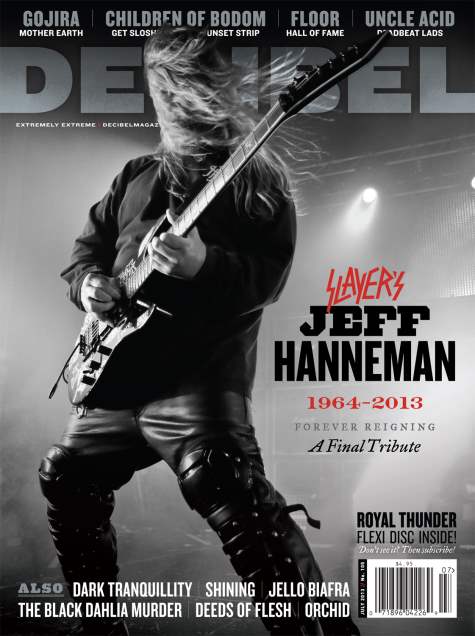