BEHEMOTH In Cape Town: View From The Pit

Ever wonder what concert photographers experience during a live shoot? Well, professional music photographer David Devo Oosthuizen of the Devographic music media agency takes you front and center straight into the pit at a BEHEMOTH show. The six-minute clip below was shot on March 27 at The Assembly in Cape Town, South Africa using a GoPro camera.

BEHEMOTH guitarist/vocalist Adam "Nergal" Darski recently told the video question-and-answer site asQme that he has been inspired by the "avant-garde" when writing the band's upcoming album. He also revealed that he listens to classic rock groups and artists from other genres, admitting that he is "really keen on the primitive, primal kind of tempos." 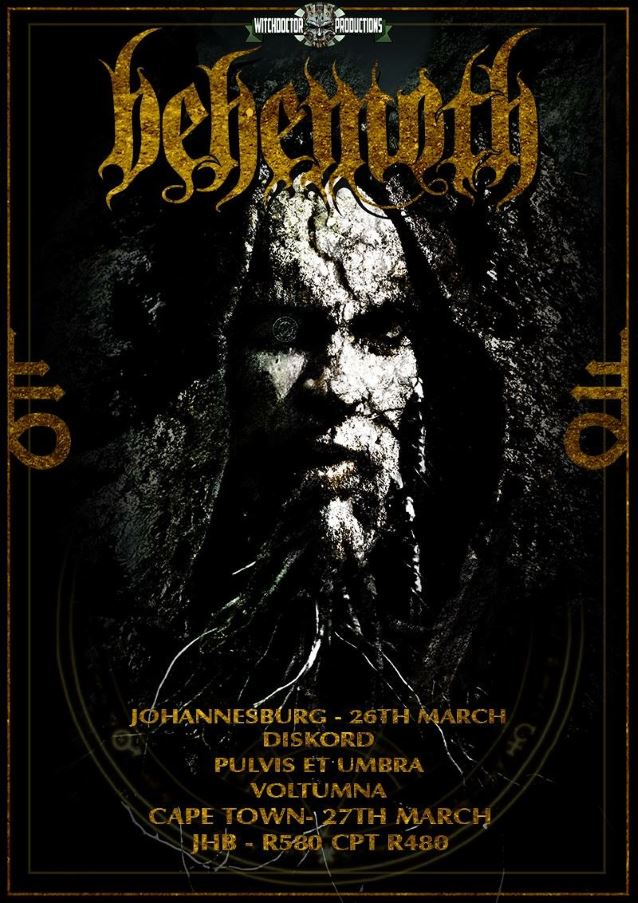