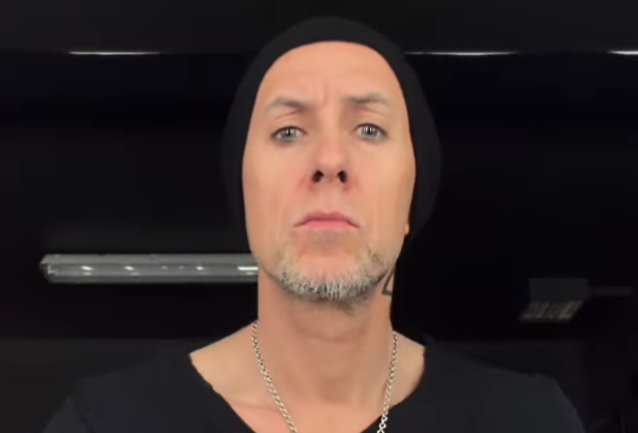 In a new interview with ARTE Concert, BEHEMOTH frontman Adam "Nergal" Darski spoke about how the advent of social media the existence of "cancel culture" has made it more difficult for new artists to be creative and stand out in an increasingly crowded field. He said (as transcribed by BLABBERMOUTH.NET): "On many occasions these days, I'm just confused; I just can't catch up. I'm now new generation, and I'm confused. And trust me, if I was a kid, I would hate to be in a situation to, let's say, start a band these days. Knowing what I've been through and knowing what it takes to maintain these days, to come out, to stand out, I don't think I would ever sign up for forming a new anonymous band these days. No fucking way. These days you can't even fucking show attitude because they're gonna fucking ban you right away. Start swearing, start making political opinions, start saying what you really like, what you dislike, and immediately they're gonna fucking cancel you.

"I'm just gonna ask that question, and you're gonna answer yourself, all of you out there," he continued. "Imagine that in the '60s and '70s, when all the classics started — I'm talking Elvis Presley, fucking Janis Joplin, THE WHO, Miles Davis, THE DOORS, THE BEATLES — imagine there were smartphones. Banned. No career. No career. Fucking banned. Arrested — for everything. None of them survives a week.

"So it almost feels like it's not really the music that is important anymore; it's the format. It's the content. How am I supposed to expect a random kid to process an eight-minute-long video with attention when all they get used to is fucking scrolling 15 seconds on TikTok or Instagram. The scroll is just 15 seconds, 15 seconds, 15 seconds — that's the new standards that we are accommodating to.

"I know I do sound very accusive, but I know what I'm talking about, because I get those symptoms as well," Nergal admitted. "I click on something and immediately I just [click away], or I'm bored, bored, bored… It's narcotic. It's a drug.

"I'm really talking from a hammer-and-the-anvil prospect that I'm in. I'm aware of that, but then, at the same time, I'm a victim of that. I like to say that I'm an analog man in a digital world. And I still didn't figure out how to do it in a healthy way, unfortunately."