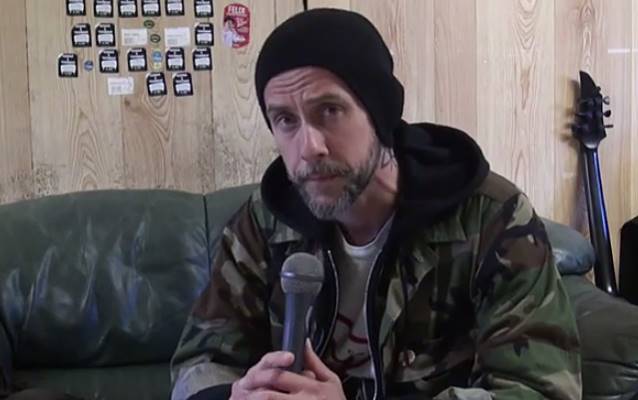 Kaaos TV conducted an interview with guitarist/vocalist Adam "Nergal" Darski of Polish extreme metallers BEHEMOTH before the band's June 20 performance at Nummirock festival in Kauhajoki, Finland. You can now watch the chat below.

As previously reported, Darski has secured a deal with Jawbone Press for the release of the English-language version of his autobiography, "Sacrum Profanum". Due in early 2015, the book will receive editorial assistance from Mark Eglinton, co-author of Rex Brown's memoir, "Official Truth, 101 Proof - The Inside Story Of Pantera".

BEHEMOTH's new album, "The Satanist", sold around 10,000 copies in the United States in its first week of release to debut at position No. 34 on The Billboard 200 chart.