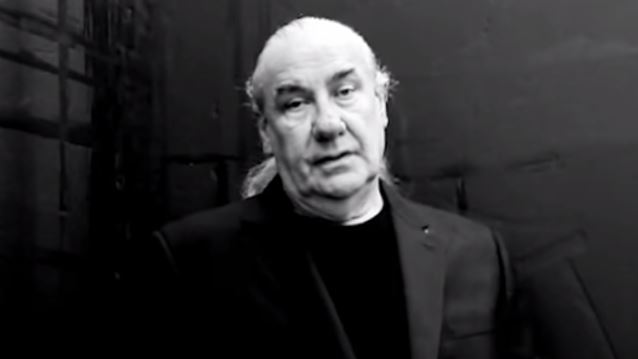 On why it's taken him so long to release the follow-up to his 1997 solo album "When The Bough Breaks":

"It's not always easy. Let's get rid of the myth that I'm rich. [Laughs] Because, you know, I like to produce, record, own my own music, and because of that luxury, that means that I pay for everything. So projects do take time, and I have to save up my money, as well as you have [take care] of the household, and pay Uncle Sam and all the other things you have to do. So it takes some time. And I've been writing constantly since 'When The Bough Breaks'. I've never stopped writing. I write every single day. I've been writing constantly for eighteen years. I always write every day. And… we were in the middle of… We did some tours with another band. [Laughs] So that kind of… I was gonna say, 'That got in the way,' but it actually didn't. At that time, I was very, very happy to be playing with the guys, obviously. So there were stops and starts. We would be going along, producing things, and we would put it on the production shelf, and then we'd have to dust it off when we came back from wherever we were, and we would have to see if there was enough money to move forward. It's, like, 'Okay, we've got enough. Let's move forward.' That's how it's been.

"We were working on [Ward's still-unreleased solo album] 'Beyond Aston'. That was the big deal. We'd already created a bunch of other stuff. We've got a plethora of demos, partly finished works, and so on and so forth. But the big deal was trying to get 'Beyond Aston' done and finished. And, quite frankly, I think… I'm not sure when I made the decision, but I think I burnt out on wanting to… I kind of felt that we just didn't… We hadn't gotten a record out, and I was really aware of it, so I thought… I'd come up with a brainwave, which was, 'Let's put 'Beyond Aston' on the shelf.' It was kind of meandering along and there was all kinds of issues that had to be dealt with. We needed permission from certain people to do certain things. So there were all kinds of things going on. [So I said], 'Let's see if we can just put something out really quick.' Actually, in fairness to myself and all the other people that have worked on it, 'Let's put something out really quick' happened about seven or eight years ago, which is tragic when you think about it. If you think in terms of getting a record out, it's really tragic — six or seven years ago. And it's true: we did take some time out, 'cause I went back with the SABS for a while. I went through some really doozy things with BLACK SABBATH, and that, kind of, threw things around. But I'm not blaming those situations for any delays. I'm just saying I went through stuff. Some of it was uncomfortable, so you have to recover from it and get back on [track]. 'Where the fuck were we before?' And so we had that going in. It was, actually, in May of 2012 that I realized that it was folly to continue thinking that I was going to be a part of BLACK SABBATH at that time. And in May of 2012, we went back in to finish 'Accountable Beasts'. And finishing it at that time was just finishing some overdubs, finishing some vocals, and then starting a mix. Before that, we got most of the tracks… Like I said, we started 'Accountable Beasts' from what I thought would be a quick idea, which started… I don't remember the exact year, but I think it's been about eight years from here. But that's how it started. I really thought we could do it quick. We had some great tracks laid down."

On whether he has a problem letting an album go at the end of the recording and mixing process:

"I don't have a problem with letting go of an album once I know I've pretty much done the best that I can. And seventeen years on, or sixteen years on, we've got the computer age, which has certainly grown around us, and we are definitely doing things differently. For instance, we spent nearly eight months doing an earbud mix. And I wanted to make sure it was accurate. We originally recorded some of those tracks on 'Accountable Beasts' on analog, and we threw it into digital, and then we were listening to on speakers, and I stopped listening to it on speakers and I started listening to it on headphones, and headphones weren't right. And I started listening to what most people listen to it on: cheap headphones. That's what we mixed the album on: cheap headphones. So that takes up a lot of time. Especially when you haven't recorded this as if it's gonna be listened to that way. There's a big difference there. We had to take it from analog into digital, and we had to put it through so many different phases. But, in general, I like to be really sure that we've got everything. Did we do it right? Have we got everything? Does it sound okay? Once I feel like I've reached that place of 'okayness,' I don't have any problem with letting it go. However, it is true to say that I still am listening to mixes of… First of all, probably the most famous one is the bass-drum sound on [BLACK SABBATH's] 'Iron Man'. I'm still not happy with the fucking bass-drum sound. But I let it go. I have let it go. But it's, like, that bass-drum sound, I wanted it to be so much bigger and better. So I have things like that. And even with my own stuff, I can still hear things where I, kind of, even though I thought the mix was okay at the time, in hindsight, after a couple of years, or two or three years later, [I would think that we could have tweaked it] a little bit. So I do have problems, I guess… They're not really problems, but I do have thoughts about… You know what?! I would just call them regrets. So even though I think I've got it at that time, I'm really not willing to let it go. So that does happen."

"Accountable Beasts" was released in April via released via iTunes. The CD features Ward's drumming on seven of the album's nine tracks, as well as contributions from Bill's longtime collaborators Keith Lynch (guitar, keyboards),Paul Ill (bass) and Ronnie Ciago (drums),alongside drummer Walter Earl and an array of session singers, including Ward's daughter Emily.

Ward insisted in a recent interview with Rolling Stone that he is "quite capable" of playing a full concert with BLACK SABBATH, despite the band members themselves saying the opposite. Ward stepped away from the SABBATH reunion in early 2012, while the group hinted that he was not in good enough physical shape to either record or tour.

Addressing singer Ozzy Osbourne's claim that he was "incredibly overweight," Ward responded, "The truth is that I was overweight for playing onstage, but I wasn't overweight for the studio. I could cut tracks with the weight that I arrived at. All of those guys know that I have a really rigorous exercise regimen."

Ward did reveal his terms for a "signable" contract with SABBATH, saying, "I wanted to earn some better money than we had been (paid) in the past for festival gigs. I think it was somewhere like $80,000 for the festivals, which I can hear everybody gasp now, but $80,000 is not a lot of dough when you're playing festivals." 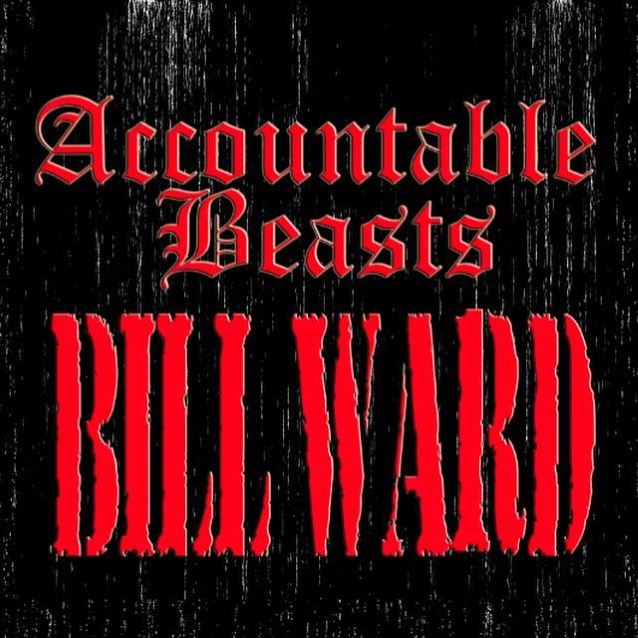