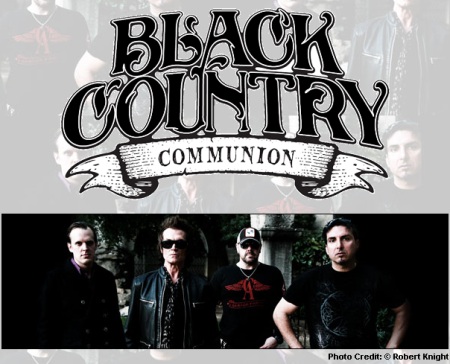 Released by Mascot Records in Europe on Monday, September 20, followed by a North American release through J&R Adventures on Tuesday, September 21, the album was produced and mixed by Kevin Shirley (BLACK CROWES, AEROSMITH, LED ZEPPELIN),and mastered by the legendary Bob Ludwig. The CD was recorded at Shangri-La Studios in early 2010.

All songs are sung by Glenn Hughes, with the exception of "Song Of Yesterday" and "The Revolution In Me", which are both sung by Joe Bonamassa. Hughes and Bonamassa share lead vocals on "Sista Jane" and "Too Late For The Sun". Also included is a new version of "Medusa", the rock classic Hughes originally recorded with his first band TRAPEZE.

BLACK COUNTRY COMMUNION is planning a tour in 2011.