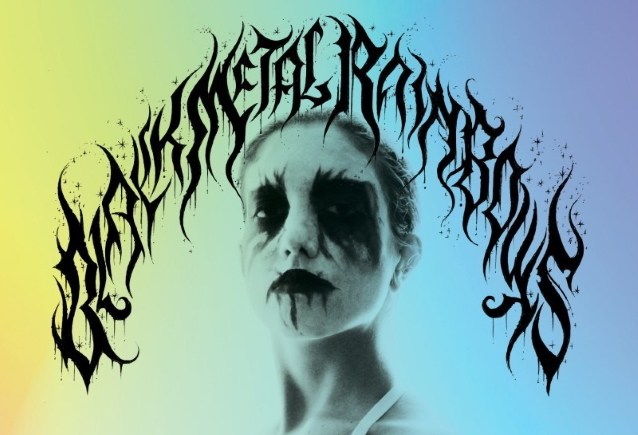 "Black Metal Rainbows" is a 400-page, full-color anthology of radical, queer, and leftist writings and artworks that uncover black metal as a genre of openness and inclusivity.

Black metal is a paradox. A noisy underground metal genre brimming with violence and virulence, it has captured the world's imagination for its harsh yet flamboyant style and infamous history involving arson, blasphemy, and murder. Today black metal is nothing less than a cultural battleground between those who claim it for nationalist and racist ends, and those who say: Nazi black metal fvck off!

"Black Metal Rainbows" is a radical new vision of black metal — a book like no other: a unique collection of stunning artworks and thought-provoking writings by a wide range of more than 80 writers, artists, activists and visionaries, including Drew Daniel of MATMOS/THE SOFT PINK TRUTH, Kim Kelly, Hunter Hunt-Hendrix of LITURGY, Margaret Killjoy of FEMINAZGUL, Laina Dawes of "What Are You Doing Here? A Black Woman's Life And Liberation In Heavy Metal", Espi Kvlt, Charles Forsman of "The End Of The Fucking World", Eugene S. Robinson of OXBOW, Svein Egil Hatlevik of FLEURETY and ZWEIZZ, an oral history of DØDHEIMSGARD's album "666 International", a Tridroid Records label profile, and much more.

Across essays and interviews, artworks and comics, this gorgeously designed full-color book foregrounds black metal's evolution and celebrates its long-term anti-authoritarian spirit. "Black Metal Rainbows" is a necessary conversation starter, a destroyer of gates and gatekeepers. Because beyond the clichés of grimness and hate, lies a musical genre rich in creativity, humor, and all the colors of the rainbow. We see black metal as open, inclusive, and unlimited: a musical genre whose vital spirit of total antagonism rebels against the forces of political conservatism. All hail the golden age of pluralistic black metal!

From the crypt to the cloud, "Black Metal Rainbows" unearths black metal's sparkling core and illuminates its prismatic spectrum: deep within the black, far beyond grimness, and over a darkly glittering rainbow. Nothing is trve, and everyone is permitted. Long live black metal's trve rainbow!

Paul Masvidal of CYNIC said: "Black Metal Rainbows? But of course! Behold a treatise of the unholiest order. These pages unravel the densely layered alchemy that is black metal, and its undeniable relationship to the rebellious queer spirit we as a community so desperately need to resurrect. Rainbow hails to all involved for digging deep and unearthing a fabulous piece of faggot witchery. May the seance begin!"

Barney Greenway of NAPALM DEATH added: "Despite being there in the moment during the ascent of the VENOMs, the BATHORYs, and the HELLHAMMERs, I've tended to fidget warily from afar since black metal partly curdled into a mess of homogenized inhumanity. So, I welcome this collective liberating howl beyond the stereotypes of icy forests and puerile hatred. Bravo!" 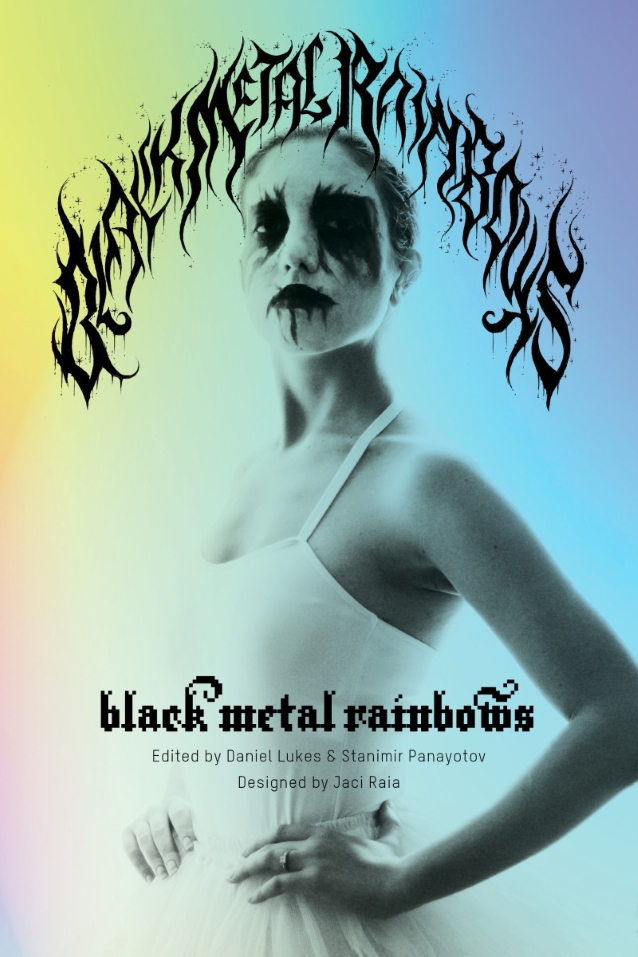