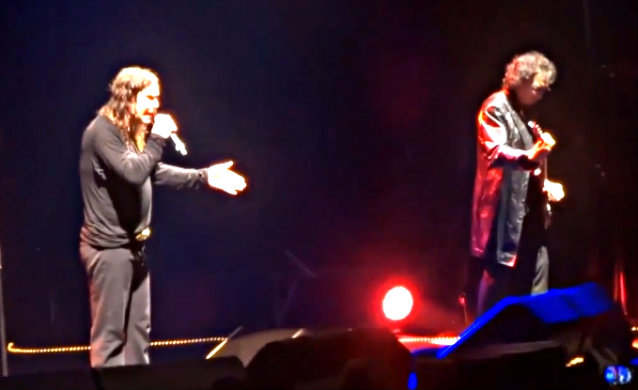 More multi-camera fan-filmed video footage of BLACK SABBATH's December 2, 2013 concert at Bercy in Paris, France can be seen below.

BLACK SABBATH was honored with a Grammy in the "Best Hard Rock/Metal Performance" category in the pre-telecast ceremony at the 56th annual Grammy Awards on Sunday (January 26) at the Staples Center in Los Angeles. BLACK SABBATH was nominated for the track "God Is Dead?", from the band's 2013 comeback album "13". BLACK SABBATH's "God Is Dead?" also picked up a nomination in the "Best Rock Song" category. In addition, "13" earned a nod for "Best Rock Album", alongside LED ZEPPELIN's "Celebration Day" and QUEENS OF THE STONE AGE's "…Like Clockwork", among others.

According to The Pulse Of Radio, BLACK SABBATH guitarist Tony Iommi is not sure if making a follow-up to "13" would be a good idea for the group. Iommi said in Revolver magazine, "I don't know if that would be an anticlimax if we wrote another album. I'd like to, but we haven't actually spoken about it, you know? I don't know if that would be a good idea after this one, because this one's done so well. I'm sure we'd all like to do one. But I don't know. Maybe I should talk to the others about it."

BLACK SABBATH will return to North America this spring for 10 shows that will be among the last in support of "13". 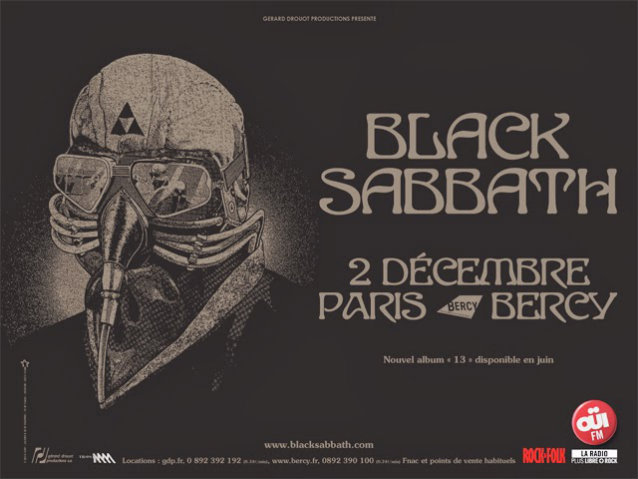