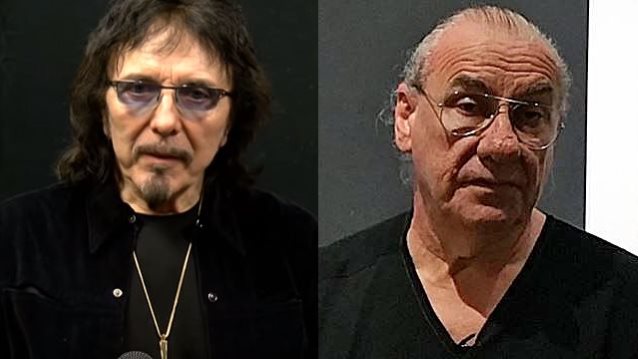 BLACK SABBATH guitarist Tony Iommi says that he wants to bury the hatchet with the band's former drummer, Bill Ward.

In a new interview with Mojo magazine, Iommi made it clear he was keen to make amends with Bill as the band prepares for the two final shows in its native Birmingham, England on February 2 and 4.

"Bill seemed to feel he was getting a bad deal," Tony told Mojo. "We never dealt with that, we left all that to management. We just wanted to play together and enjoy it. We were playing with Bill for a bit and then he never turned up…"

He continued: "It would have been nicer to have Bill with us, but, unfortunately, it never happened… At some point, I wanna call him. I still love him, he's still my brother, but you have arguments. To be honest with you, I don't know what the fuck happened, because I don't do the business side of it."

More recently, Ward launched a new new three-piece band called DAY OF ERRORS. The group, which was formed by Ward "in the desire to have my drumming spirit continue to live," also features Joe Amodea on guitar/vocals and Nick Diltz on bass/lead vocals.

SABBATH played its last show ever in the U.S. on November 12 at AT&T Center in San Antonio, Texas. The gig took place nearly five years to the day that the legendary act announced their reunion.