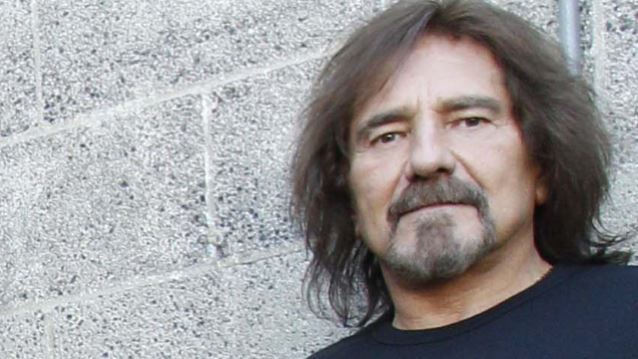 BLACK SABBATH bassist Geezer Butler has told Rolling Stone that he "about 120 riffs written down" for his next musical project, adding that he has "just got to pick a guitarist and sort through them."

Butler's last solo album, "Ohmwork", which was released under the band name GZR, sold less than 900 copies during its first week of release back in May 2005, according to Nielsen SoundScan. Geezer's first project under the GZR banner was 1995's "Plastic Planet". 1997's "Black Science", which was credited to GEEZER, featured vocalist Clark Brown, who also performed on "Ohmwork".

In February, BLACK SABBATH finished "The End" tour on in the band's hometown of Birmingham, England, closing out the quartet's groundbreaking 49-year career.

"If it were up to me, we'd still be touring now," Butler told Rolling Stone. "It was because [SABBATH guitarist] Tony's [Iommi] illness that we limited it to 81 dates. I would have gone on forever, if I was allowed to. If a one-off [concert] worked out [at some point in the future], I'd be on board. Otherwise I'm happy to let things lie."

On November 17, a documentary focusing on SABBATH's last-ever concert, "The End", will be made available in home video and audio packages, featuring footage of the entire historic show.

"The End" will be released as DVD/CD and Blu-ray/CDs set, a double-CD collection, a three-LP 180-gram vinyl package and a limited collector's edition.