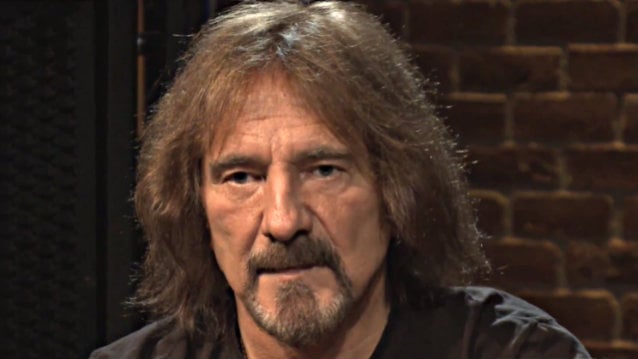 According to The Hollywood Reporter, BLACK SABBATH bassist Geezer Butler has listed his gated estate in Beverly Hills, California for $3.22 million.

The five-bedroom, five-bathroom contemporary Mediterranean house is one of multiple homes owned by the British musician.

SABBATH's farewell tour, dubbed "The End", finished up a North American leg on March 7 in Vancouver.

Butler admitted in an interview with Rolling Stone that the tour is "bittersweet," saying, "I'm glad we're finishing on a high note but sad that it's the end of what I've known for most of my life."

The band has made an EP featuring four songs left over from the "13" sessions available at the shows.

Although SABBATH will not tour again after this run, Butler, Osbourne and Iommi have not ruled out recording together again.