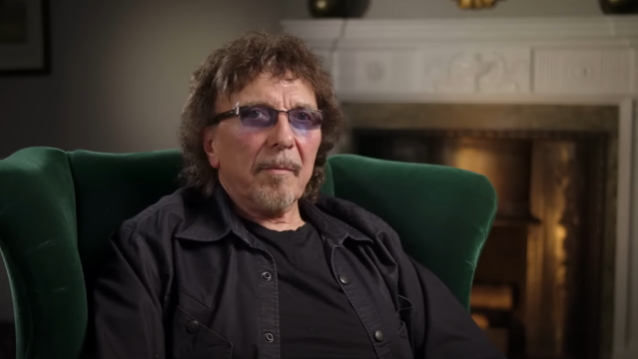 According to Worcester News, BLACK SABBATH's Tony Iommi has become a patron at a wildlife rescue center.

The hospital's admin manager Natalie Gould said: "We are absolutely thrilled to have Tony Iommi join us as Vale Wildlife Hospital's newest patron.

"Tony and his wife, Maria, brought an injured collared dove to us earlier in the year. Everyone was pretty starstruck, and it was so lovely knowing they would both care enough and take the time to bring an injured patient to us."

The charity-run wildlife hospital is staffed 24 hours a day, seven days a week and costs the charity around £50,000 a month to run.

All funds are provided through donations, fundraising events and membership packages, which give supporters the chance to take behind-the-scenes tours of the hospital.

Natalie told Worcester News: "As with most people, the cost of living has had a real impact on the charity with the price of everything rising considerably. Our electricity bill has risen from £1,200 per month to £5,500 per month alone.

"Caroline Gould, charity founder, decided to write a letter to Tony and Maria to see if they’d be interested in coming to look around the hospital and see what we do.

"To say we were excited when they agreed is an understatement."

Natalie told Gloucestershire Live that Vale Wildlife treated a total of 7,976 patients in 2021 — a "huge increase" on the 7,159 they received the previous year.

Iommi has always been an animal lover and has had dozens of dogs, including rescued dogs.

In 2015, Tony became a patron of Wythall Animal Sanctuary, near Birmingham, United Kingdom.

To find out more about Vale Wildlife, visit www.valewildlife.org.uk.

We have some VERY exciting news to share with you all!!

We'd like to introduce you to Vale Wildlife Hospital's newest...