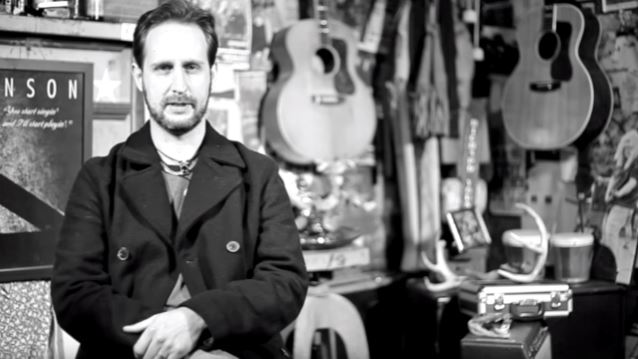 BLACK STONE CHERRY bassist Jon Lawhon has apologized to MOTÖRHEAD for claiming in a recent interview that he was offered cocaine by late MOTÖRHEAD frontman Lemmy and other members of the MOTÖRHEAD camp when the two bands toured together more than six years ago.

Asked by Sweden's RockSverige.se if he had any good Lemmy stories from BLACK STONE CHERRY's 2009 tour with MOTÖRHEAD and whether he had a chance to sit down and talk to the iconic MOTÖRHEAD rocker, Jon said: "Not at a length, no. But we did meet him and did speak with him. The funniest thing from the whole tour was [that] all of them — not just Lemmy, [but] all of them — would offer us whisky and coke every day. Not whisky and [Coca-Cola], but whisky and cocaine. They would offer it to us, like, every day, and we were, like, 'Well, we can get down with the whisky, but the cocaine, we're all right.' But it was every day that they would offer it to us, and it was, like, every day we'd tell 'em that no, we didn't [do cocaine], and we got the same speech every day: 'Wow! We can't believe you're in rock and roll and don't do cocaine.' And we were, like, 'We just talked about this yesterday.' They didn't remember. They just didn't realize they had just said the same thing to us the day before."

A day after the above quote was published on BLABBERMOUTH.NET, the administrator of MOTÖRHEAD's Facebook page posted a link to the article and added that Lemmy never took cocaine. The administrator also stressed that MOTÖRHEAD drummer Mikkey Dee didn't do drugs and indicated that "an apology" from BLACK STONE CHERRY "would be the decent thing."

"To Mikkey Dee, Phil Campbell, the Lemmy Kilmister family and the entire MOTÖRHEAD organization, I am deeply sorry for any harm that I may have caused the MOTÖRHEAD camp in relation to my recent interview.

"Let me make it crystal clear that we were never offered any substances by Lemmy, Mikkey, Phil or their stage crew. We were offered substances by now-former employees of the band while on tour with them and I should have made that distinction in my interview.

"What was intended to be an off-the-cuff, light-hearted road story I now see regrettably hasn't come across that way. For that, I am deeply sorry in a way that words can't properly convey.

"I, along with my brothers in BLACK STONE CHERRY, absolutely love and respect MOTÖRHEAD and couldn't be more thankful to the opportunities they have given us in our career. We will continue to remain loyal to them as people, their music, and their fans!