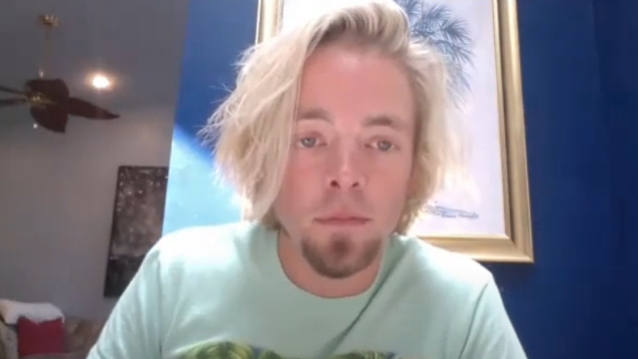 In a new interview with Ned of the Waterloo, Iowa radio station Rock 108, guitarist Ben Wells of Kentucky rockers BLACK STONE CHERRY spoke about the decline of the music industry as consumers value access over ownership and experiences over assets.

"It's one of those things, it's kind of a polarized topic with some bands," Ben said (as transcribed by BLABBERMOUTH.NET). "We're, like, if people stream our music, if that's how they find out about us, cool. Because we look at it as, look, CDs just aren't selling. I mean, we still put 'em out and people are trying to get creative and figure out new ways to put out music. It's an ever-evolving system; it's a thing. You have to kind of grow with it; you can't go against it.

"I think albums — vinyl albums — people love," he continued. "I think that has made a huge comeback now. That's funny, though, because it takes more of an effort for most of us to play the vinyl than it does the CD. It's a whole deal, but it's an experience — people love to sit in their rooms and drop that needle on the record and listen to it that way.

"We found that vinyl has become super popular," Ben added. "And the streaming stuff, we've had people say, 'Hey, I'm at this show tonight because I was listening to something on Spotify and you all came up.' So if that turns into somebody coming to a show or buying a shirt, then, hey, it's all for the better good of growing the band. So we just kind of have to go with it and learn to live with it and be smart about it and, obviously, be open for new changes. The old, 'What's next? What's gonna be the new way?' Next year there'll be something else out there. TikTok will be old news and there'll be something else. You've gotta keep up."

BLACK STONE CHERRY's seventh studio album, "The Human Condition", was made available in 2020.