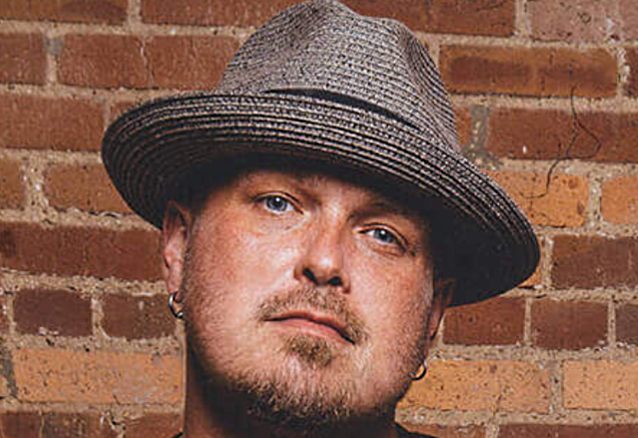 BLACK STONE CHERRY's Chris Robertson has reflected on the passing of Eddie Van Halen, saying that the legendary VAN HALEN axeman "rewrote the guitar handbook" with his signature instrumental "Eruption".

Robertson discussed his appreciation for the groundbreaking musician in a brand new interview with Robert Cavuoto of Myglobalmind.

He said: "I never got to meet him or see them play live, but I can say without Eddie, I would never have become a lead guitar player.

"When I was playing guitar, I always wanted to learn how to solo. There were always so many notes to learn on a big fretboard and how to use a whammy bar. I learned how to play guitar using an Epiphone Telecaster. I was listening to 'Van Halen I', starting with 'Runnin' With The Devil', then 'Eruption', then 'You Really Got Me'. After that, you have 'Ain't Talkin' 'Bout Love', and I was floored because of his solo in that song. I could pick out the notes he was playing. He rewrote the guitar handbook with that solo for three decades with 'Eruption'.

"When they came out, everybody tried to be Eddie Van Halen. It is the most melodic solo. It made me think you don't have to do blazing solos all the time. You can learn at your own pace and put these things in as you feel comfortable.

"Eddie could have easily put the most blistering solo of all time in 'Ain't Talkin' 'Bout Love' or in 'Running With The Devil'. The guy played complementary solos to the song, and that defined him as one of the greatest. Even though he could do 'Eruption', and it was his forte, he could play melodically and captivate you with just a hand full of notes.

"I'm a guitar player, and we can be the vainest group of people; we dictated that we are going to take a few extra minutes in a song to showcase what I can do. [laughs] I'm that guy as well as the lead singer. Guitar solos have always just been a thing in our band. I'm glad they are, because I honestly love them. Ben [Wells, BLACK STONE CHERRY guitarist] and I really enjoy doing them."