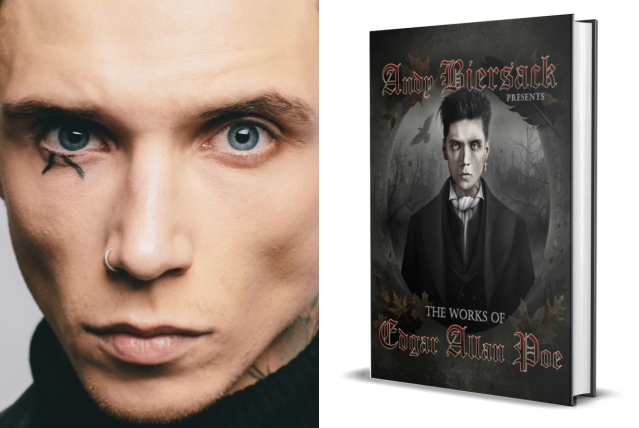 You can hear a sample of what to expect in the YouTube clip below.

"Andy Biersack Presents The Works Of Edgar Allen Poe" includes fully scored dramatic narration by Biersack of Poe's classic stories and poems, including "The Tell-Tale Heart", "The Raven", "The Oval Portrait" and "The Mask Of The Red Death" on vinyl, as well as exclusive download access to additional scored performances ("A Campaign Song", "Dream Within a Dream", "Annabel Lee", "Lenore", "Spirits Of The Dead", "The Fall Of The House Of Usher", "The Haunted Palace" and "The Pit And The Pendulum"),instrumental and narration-only versions, and other bonus material.

Books and vinyl are currently scheduled to ship in November, but subject to change as appropriate with supply chain and manufacturing adjustments.

More information is available at www.rarebirdlit.com.

Before he was the charismatic singer of BLACK VEIL BRIDES and an accomplished solo artist under the Andy Black moniker, he was Andrew Dennis Biersack, an imaginative and creative kid in Cincinnati, Ohio, struggling with anxiety, fear, loneliness, and the impossible task of fitting in. His discovery of his artistic passions shaped his life, and he decided to move to Hollywood after his 18th birthday to make his dreams come true, even when it meant living in his car to make it all a reality.

Biersack has acted in both film and television, conceived the graphic novel "The Ghost Of Ohio", and co-created "The Andy Show" podcast. Andy has appeared on the covers of tastemaker rock music publications like Kerrang!, Alternative Press, Rock Sound and Revolver and shares content with millions of followers across social media. He was the host and head writer of the 2017 Journeys Alternative Press Music Awards. He lives in Southern California with his wife, singer Juliet Simms, and their pets.

Biersack's memoir, "They Don't Need To Understand: Stories Of Hope, Fear, Family, Life, And Never Giving In", was released in December 2020 via Rare Bird. 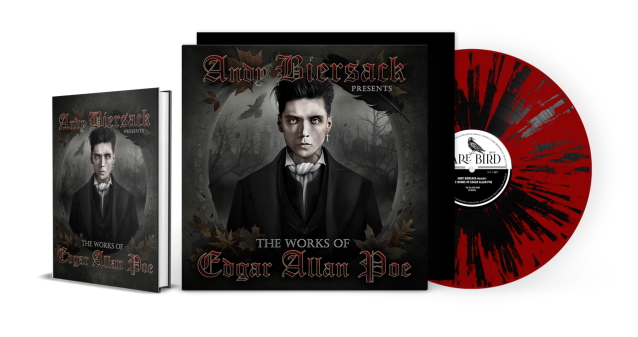 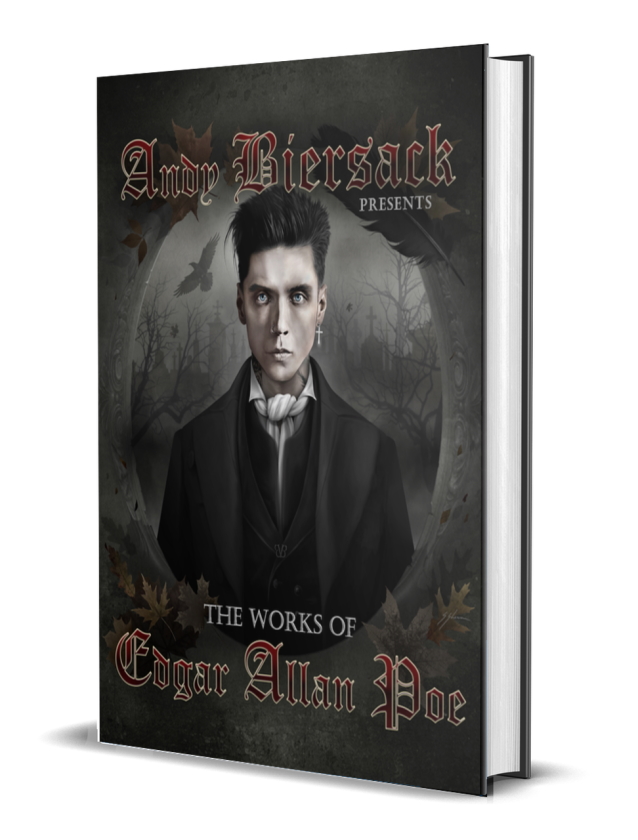