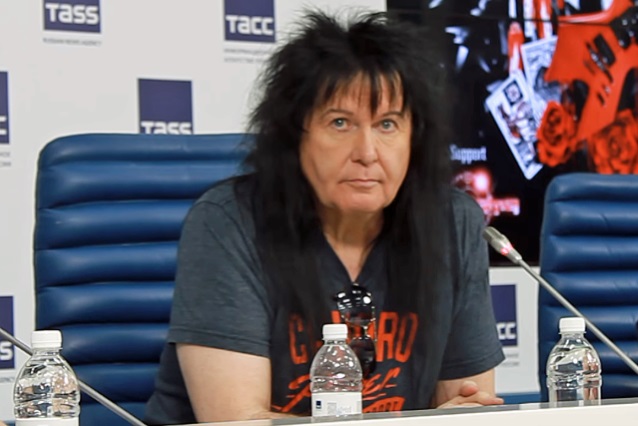 W.A.S.P. leader Blackie Lawless took part in a rare press conference prior to the band's November 30 concert in Moscow, Russia. You can now watch the question-and-answer session in four parts below.

Asked what he would say to those W.A.S.P. fans who continue to call for the band to reunite with classic-era guitarist Chris Holmes, Blackie responded: "People get divorced for certain reasons, and there's times when the kids want the parents to get back together, but sometimes it never happens. And this is one of those [times]. Sorry."

In a 2015 interview with The Metal Voice, Holmes accused Lawless of not wanting to work with other people. "Blackie had his means of controlling everything… It's all about him, him, him," Chris said.

According to Holmes, he added his unique style of playing to the W.A.S.P. sound. "The way that I grew up playing guitar is the way I play," he said. "And you can hear on the latest W.A.S.P. albums, it's not there. I don't know what it is; it's just the way you hit the strings. Everybody's different. [Tony] Iommi, Michael Scheknker, Peter Townshend… Everybody that plays is just different, the way they hit the guitar. And I hit a certain way. And Blackie always… I never heard one note in my life in W.A.S.P. 'Hey, Chris, you did a good job.' I never heard that once. I always heard how terrible I played and this and that.' I was always put down all the time. And Blackie says, 'The manager wants to use my image to sell the band.' Well, the band was a band in the first place; it was a whole unit. But he always wanted to be the main guy."

On February 2, 2018, Napalm Records will release "Re-Idolized", the twenty-fifth-anniversary version of W.A.S.P.'s iconic hit album plus the original "The Crimson Idol" movie on DVD and Blu-ray. 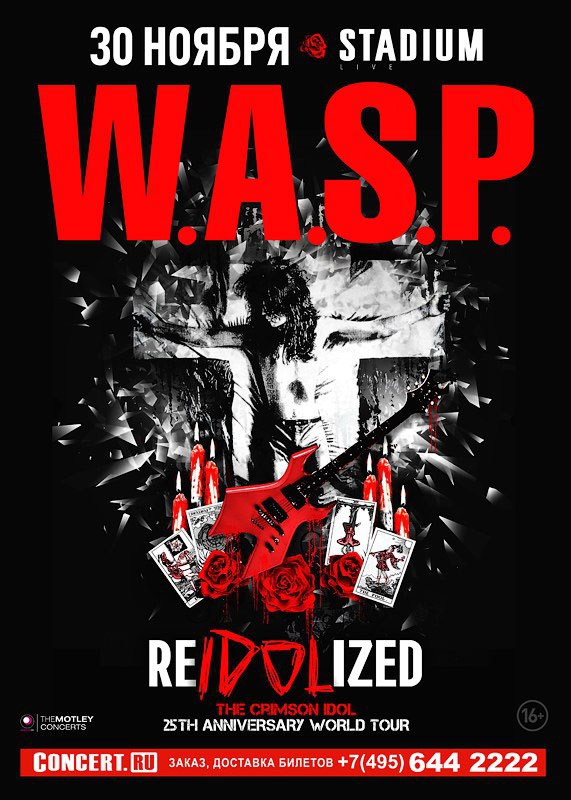