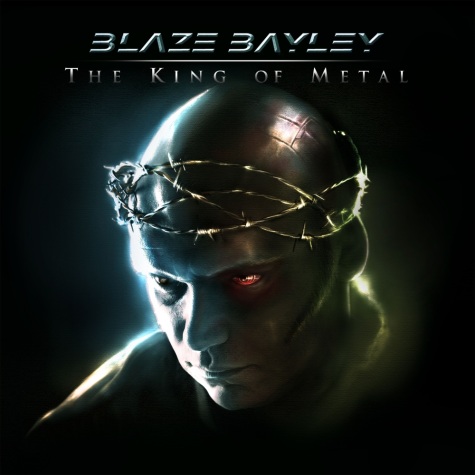 A promotional clip for British heavy metal singer Blaze Bayley's (WOLFSBANE, ex-IRON MAIDEN) upcoming solo concert in Sofia, Bulgaria can be seen below. The 37-second video includes a snippet of a new track which will appear on Bayley's next studio album, "The King Of Metal", to be released in early March.

"The King Of Metal" was recorded at Fear Studio in Ravenna, Italy. A European headlining tour in support of the CD will kick off in early March in Belgium.

On the topic of what the new album will sound like, Blaze said, "It'll be a bit different to what I've done before because I'm producing it. There will be a lot of heavy metal, as you would expect from a Blaze Bayley album. We decided to have no rules; if we feel something is appropriate to sing or play, we will. It's all about the vibe and passion. I'm very hopeful it will turn out to be my best work."