Norwegian death metal tyrants BLOOD RED THRONE have finished recording their fifth album, "Souls Of Damnation", for a June 1 release in Europe and June 30 in the U.S. via Earache Records. The limited-edition first pressing of the CD, which will coincide with the band's 10th anniversary, will include two bonus tracks, plus a special DVD featuring an exclusive new interview with the band, along with an in-depth studio diary documenting the album's recording process.

A video trailer for the album can be viewed below.

BLOOD RED THRONE guitarist Død comments: "11 years since BLOOD RED THRONE was started and our fifth full-length album is ready to be released along with a DVD. It feels really great. The songs we've made this time kick even more ass than ever and the album has a top-notch production. Can't wait to take this out on the road!" Vocalist Vald adds: "This album contains some of the best BRT material ever made. Get ready to bang your heads!"

Fans attending the Inferno festival in Norway this April will be treated to the first ever live performance of some of the new material from "Souls Of Damnation". 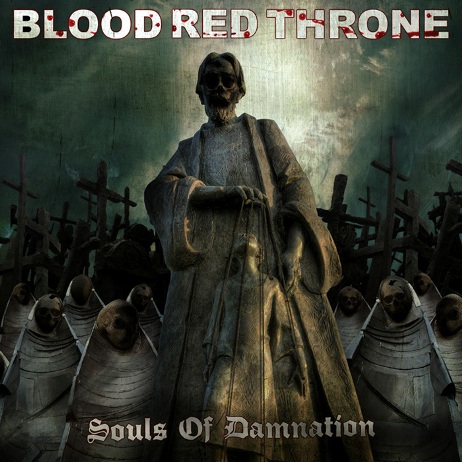