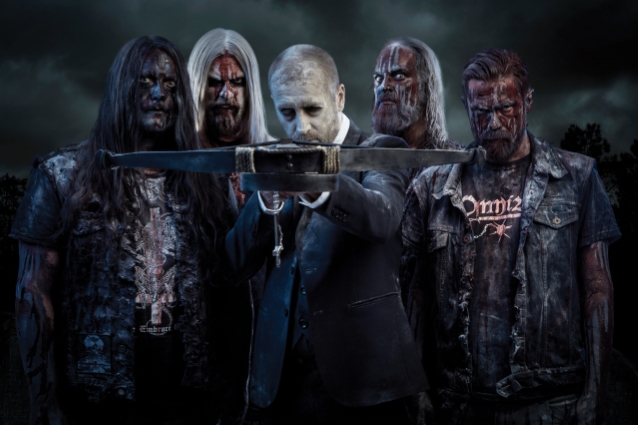 The guitarist announced his departure via statement posted on the band's Facebook page earlier today. He wrote: "I am putting away my BLOODBATH vest for good.

"I have had pretty much only good moments with the band, and I'm glad to have been a part of it for the last year and a half, but now I'll do other things. (I vaguely remember having a main band which hasn't gotten the attention it deserves during the last year. I think I'll focus on that for a while.) Alright... Later, BLOODBATH fans. I hope I at least managed to trick some of you into listening to CRAFT.

"By the way, some of you were making guesses about what songs I wrote for [BLOODBATH's latest album, 2018's] 'The Arrow Of Satan Is Drawn'. I wrote 'Wayward Samaritan' (music/lyrics),'Only The Dead Survive' (music, together with former CRAFT guitarist John Doe),'Ride The Waves Of Fire' (music/lyrics) and 'Wide Eyed Abandon' (music)."

BLOODBATH has not yet announced a replacement for Karlsson.

The band will proceed with Tomas Åkvik of LIK as its touring guitarist.

"The Arrow Of Satan Is Drawn" was released last October via Peaceville.

"I am putting away my Bloodbath vest for good.