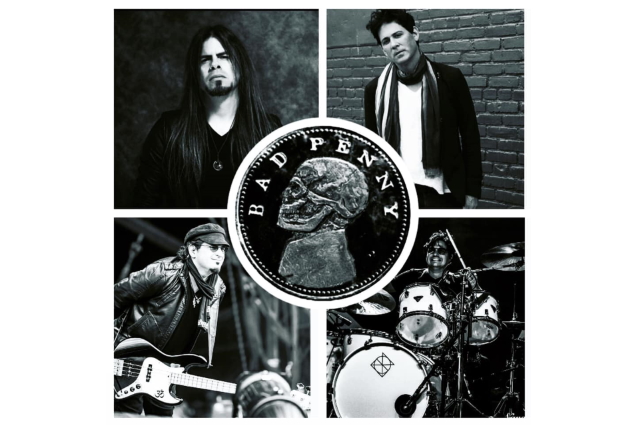 BAD PENNY's first track, the heavy rocker "Voices In My Head", sung by La Torre, captures the mood of the country. "The country is kind of going nuts," Holtzman laughs. "We are social people, trapped indoors. We face uncertainty about the future. This song reflects that anxiety and the bottled energy we are all feeling."

New York metro rock radio station 102.3 WBAB is hosting a Facebook Live listening event for the debut of "Voices In My Head" on August 24 at 8 p.m. EST. Check it out, along with an interview with the band, on BAD PENNY's Facebook page.

A follow-up song, a ballad called "Lose Myself", sung by Augeri, drops September 1, along with a video shot by Foad Farid (Lady Gaga's "Marry The Night").