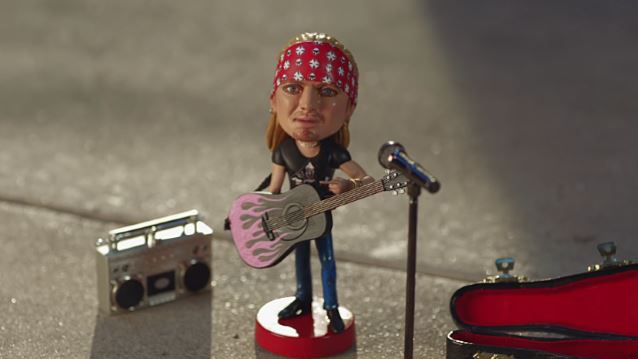 "Bret Michaels is a true hardcore car and motorcycle enthusiast and really took an interest in the entire development and testing process. He had a very organic understanding of the level of testing that takes place behind the secure walls of the test facility," said Fred Diaz, senior vice president, Nissan Sales & Marketing and Operations, Nissan North America, Inc.. "He also amazed us during filming by relating experiences from his life to the messages we're sharing about the durability testing of our lineup of Nissan commercial vehicles."

Asked by the New York Daily News what made him want to sing to Nissan commercial vehicles, Bret responded: "What it really came down to for me was the 'fun factor.' I'm an avid car and motorcycle 'freak' and I've got an offroad course at my home near the Nissan test facility in Arizona, so it was great to go down there and see what they were doing… what tests they put these vehicles through and how much work they put into it."

He added: "I've turned down a lot of campaigns from a lot of different companies but Nissan just felt right. They wanted to have fun and I did too and it just really worked. We talked about doing 'Endless Love' and they were great about it… They let me put a 'Bret' spin on it and we had a blast."