Bobby Blotzer says that he and the other members of RATT's classic lineup "owe it" to the fans to reunite one more time.

On Friday (September 2),Blotzer took to his Facebook page to share a poster for RATT's performance opening for the SCORPIONS at the Day On The Green festival in 1985, and he wrote in the comments section: "You guys want a RATT OG TOUR, email Warren [DeMartini, guitar] he's locked in his rose garden. Juan [Croucier, bass] is locked in his house somewhere but him and Stephen [Pearcy, vocals], whew not good. Stephen and I great and ready to friggin RATT N Roll."

After a number of his followers chimed in, asking him to "make a reunion happen," Blotzer posted once again, writing: "I really believe and I've said this to the band , We owe this to them. You guys were the ones who fuels the RATT tank from the get go."

As for how he has been spending his time, Bobby wrote: "I'm cool , Sort of in retirement lol just been playing golf working on my Suntan, my swimming pool helping raise my girlfriends two kids raising my dogs and cats I'm bored at the same time lol I want to play."

Blotzer later elaborated on why he thinks a classic RATT reunion hasn't happened. "Everybody lives very comfortably and doesn't really have to go on tour," he wrote. "Some of us are just tired of the way things get run and not having the power to change it. When you have five seasonal Indians running around that's what happens. For me I don't want to hear about any old stuff why do you do this why did he do that etc. all I wanna do is rehearse for the tour and get on the road and entertain you guys. That doesn't mean we can't be friendly to each other I just don't wanna at this point fight about anything."

He continued: "We have one of the best catalogs in arguably at least a big part of rock history and it's a shame that we're not out playing it. But it still sells like crazy and brings a hell of a lot of money and so people are still enjoying it and buying it planet download it and all that other kind of stuff. If you can read between the lines are I think you understand what's in certain peoples minds".

Pearcy is the only member of RATT's classic lineup who has been actively touring, performing many of the RATT's hits with his solo band.

In April 2021, Pearcy was joined by Blotzer during the RATT singer's livestream concert from the world-famous Whisky A Go Go on the Sunset Strip.

Pearcy and Croucier were the sole remaining original members in RATT's most recent lineup, which made its live debut in July 2018 in Mulvane, Kansas. Joining them in the band were drummer Pete Holmes (BLACK 'N BLUE, RATT'S JUAN CROUCIER) and guitarists Jordan Ziff (Marty Friedman) and Frankie Lindia (David Lee Roth).

RATT — featuring Pearcy, Croucier and DeMartini — played a number of shows in 2017 after reforming a year earlier in the midst of a highly publicized legal battle with Blotzer over the rights to the RATT name. They were joined at the gigs by guitarist Carlos Cavazo, who played on 2010's "Infestation" album, and drummer Jimmy DeGrasso, who previously played with Y&T, WHITE LION and MEGADETH, among others.

During an appearance on the August 29 episode of SiriusXM's "Trunk Nation With Eddie Trunk", Pearcy spoke about his decision to focus on his solo career instead of trying to keep RATT alive with him and Croucier as the only members from the band's classic lineup.

"I'd rather [play with my solo band] than the brand, the cover band, so to speak," he said. "[I am] not [trying to be] disrespectful, but look, no Warren [DeMartini, RATT guitarist]; he chooses to kick back, and that's all great. And Bob [RATT drummer Bobby Blotzer] — everybody's pretty much laid back except for me. So I'm just taking care of business."

Asked what the relationship is like between him and the other members of RATT's classic lineup, Pearcy said: "It's all business, pretty much. There's no business in the RATT, unfortunately, camp, and that's unfortunate. But that's why I do my thing. I talk to Bob every now and then. That's about it. Warren, I guess, chooses to just be laid back, from what I gather. And that's all cool."

Pearcy acknowledged that "it would be great if we all pulled together" and reunited all the surviving members of RATT's classic lineup, but he admitted that "it's not gonna happen. You're dealing with a lot of ego," he said. "Who knows? I don't know. I don't give a shit, actually. This is where it starts and this is where it's gonna end, and that's with me. And I'm out there just doing what I do."

Pressed about whether he has given up on the idea of a reunion of RATT's classic lineup, Stephen said: "Look, I'd rather be out there [with my solo band] than having the [RATT] band out there with just me and the bass player in RATT. That's not what RATT was. RATT was [Robbin] Crosby [guitar], Pearcy, DeMartini, Bobby and Juan. And so be it. And I'd rather give a bit of integrity to the band, 'cause it was a great rock band, and just continue doing what I do. You can't beat a dead horse or try to bullshit people."

Asked if he regrets having done shows under the RATT name with just him and Juan from the band's classic lineup, Stephen said: "Yeah, actually. Yeah. Because it's not the same. I don't like to bullshit. Look, you wanna hear the songs? I wrote 'em. Come see me play 'em. I sang 'em. Maybe somebody else helped rearrange 'em or added some lyrics. I don't know. It's all the same."

Three months ago, Pearcy told Atlantic City Weekly that RATT was supposed to do "a big summer tour this year. I initiated doing something if the [surviving] guys [from the classic lineup] would get together," he revealed. "But there is no reason for them to do it or a need for them to do it, so I decided to just go out solo. And I am better off. Some of these guys [in my solo band] have been with me 18, 20 years. So if you want to Ratt & Roll, come see my shows." 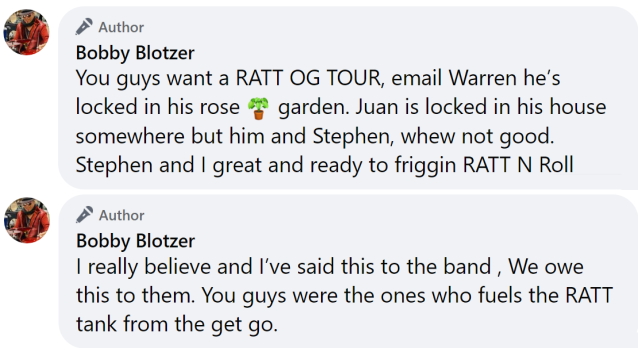 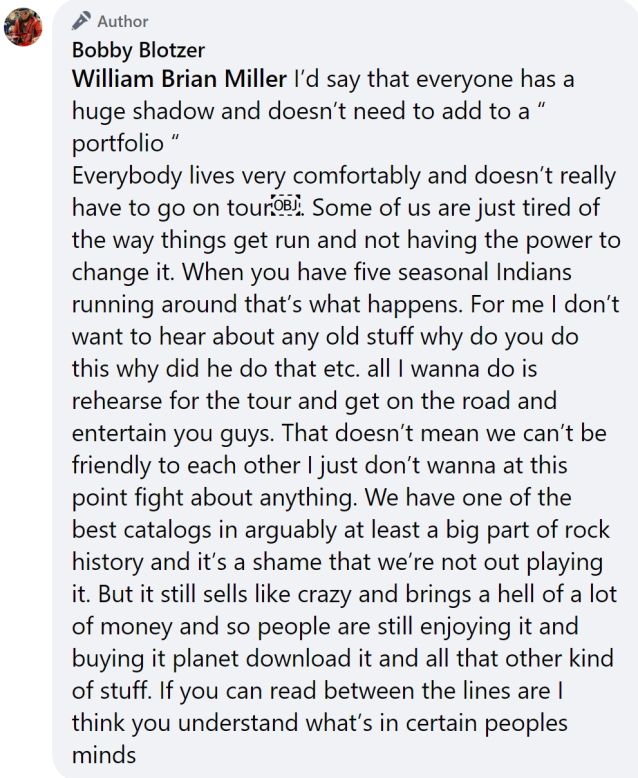