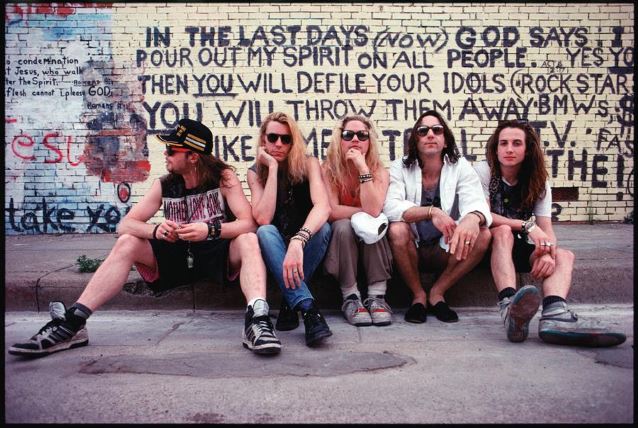 "Mother Love Bone: On Earth As It Is", a reissue set of works from Seattle rock band MOTHER LOVE BONE, will be made available on November 4 through UMC (via Stardog Records).

"Mother Love Bone: On Earth As It Is" will be available in both a vinyl and CD/DVD set. The vinyl and CD/DVD sets are packaged in slipcase artwork replicating a legendary MOTHER LOVE BONE mural that graced the exterior wall of famed Seattle nightclub The Vogue. The wall mural was re-painted by Jeff Ament on the side of West Seattle's Easy Street Records in May 2016.

* "Apple" and "Shine" on one disc — remastered for the first time by Ed Brooks at RFI Mastering
* Over 20 recordings that include rare B-sides, demos, alternate versions, and unreleased songs, including Andrew Wood's demo recording of "Chloe Dancer" and a live version of "Stardog Champion" featuring Chris Cornell and PEARL JAM.
* "Love Bone Earth Affair" DVD — available for the first time on DVD and including bonus features of rare unseen live MOTHER LOVE BONE performances and more
* 24-page booklet with lyrics, credits and photos

Stardog Records was created by PolyGram Records in 1989 exclusively as an imprint for Seattle glam-rock act MOTHER LOVE BONE and the group's releases with subsidiary Mercury Records. The label's name is a nod to the MOTHER LOVE BONE song "Stardog Champion".

In partnership with Republic Records, Stardog Records was revitalized in 2016. 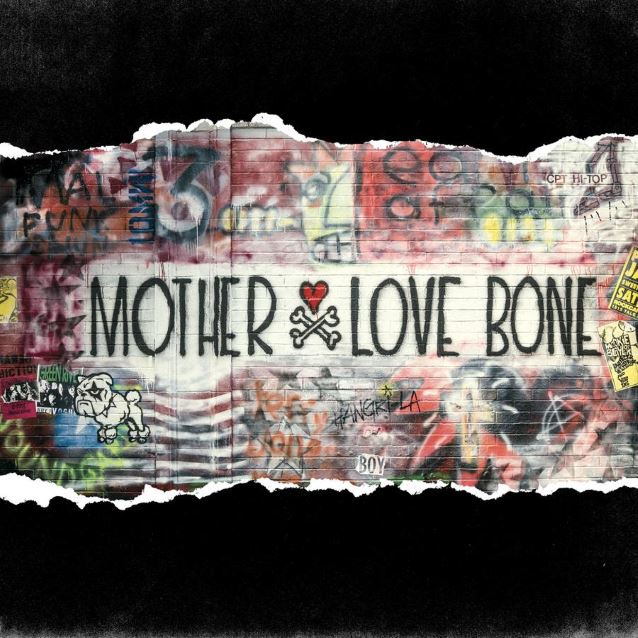 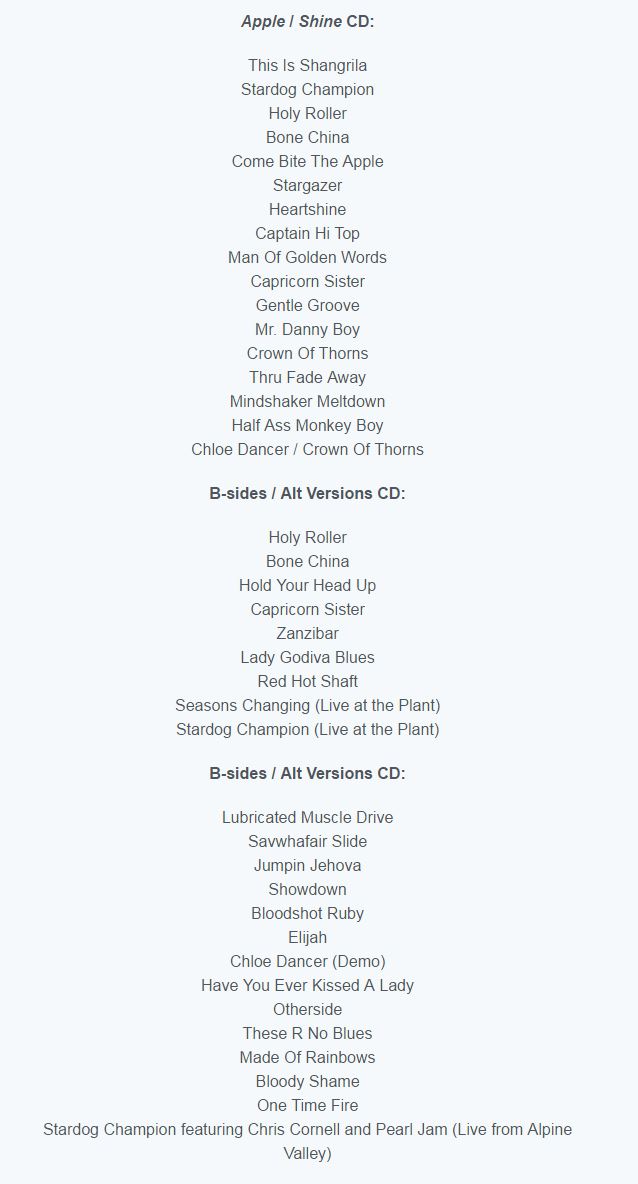 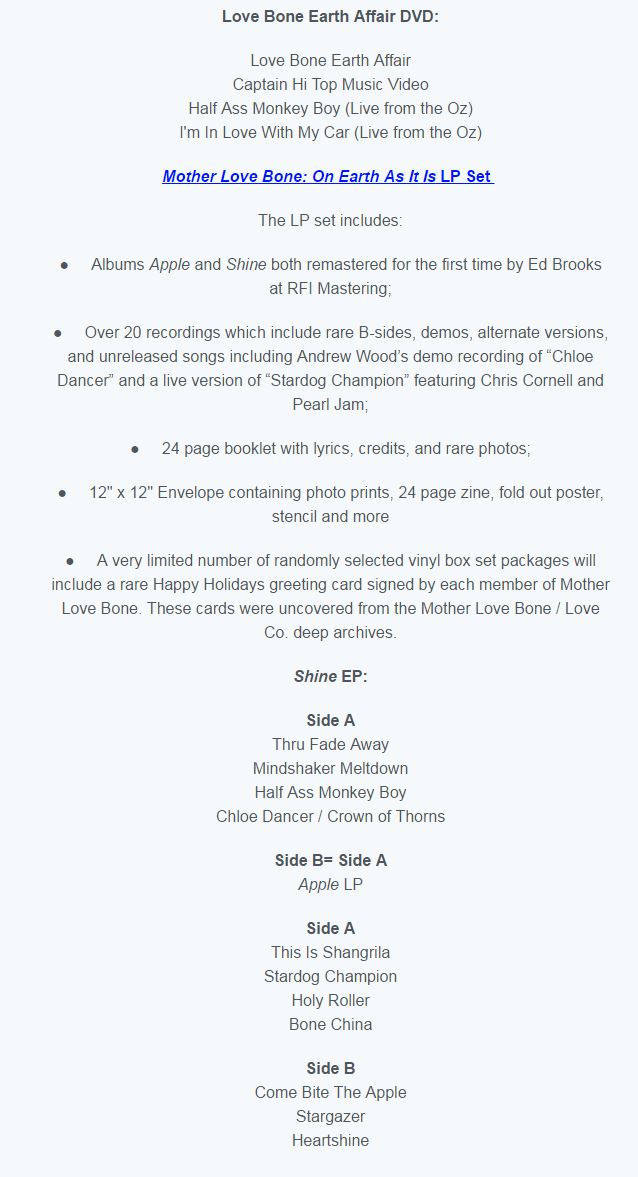