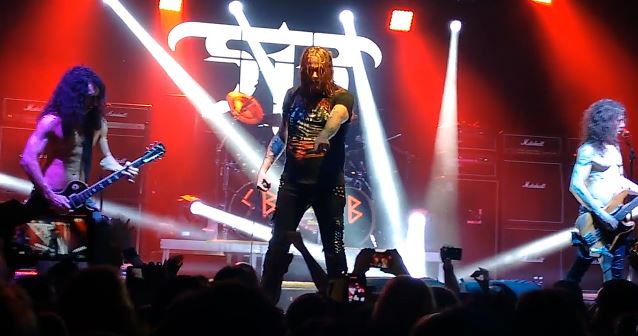 According to Blog FuteRock, former SKID ROW frontman Sebastian Bach had an unruly fan ejected from his solo concert in São Paulo, Brazil. The incident happened during Bach's performance of the SKID ROW classic "Youth Gone Wild" at Carioca Club Sunday night, October 16, when the singer apparently noticed someone in the crowd being visibly disrespectful. After pointing at the culprit for nearly thirty seconds, Bach called the fan "a fucking asshole" and asked him directly, "You've got a fucking problem?" Video footage of the exchange (see below) shows Bach motioning for a security guard on stage to come over and escort the man out of the venue. A few seconds later, the guard apparently locates the fan in question, with Bach repeatedly saying "Bye" and getting the crowd to chant "Get the fuck out!" while waving off the man as he is led outside.

This is not the first time Bach has had to deal with unruly fans. Back in June 2015, a man appeared on stage during Sebastian's concert in Seattle, seemingly to steal one of his band's setlists. A security guard quickly apprehended the stage invader before tossing him back into the crowd. The former SKID ROW frontman could then be heard addressing the fan, asking him, "Are you fucking serious? You're an idiot! Call the cops on this guy". He then halted the show after noticing that another fan was injured. The show resumes after around two minutes, with Sebastian asking, "Does anybody wanna, like, have fun tonight?"

In a separate incident, Sebastian berated a concertgoer for apparently bumping into the singer's then-70-year-old mother during Bach's December 2014 show in Toronto, Ontario, Canada.

Sebastian's last solo album, "Give 'Em Hell", was released in April 2014 via Frontiers. 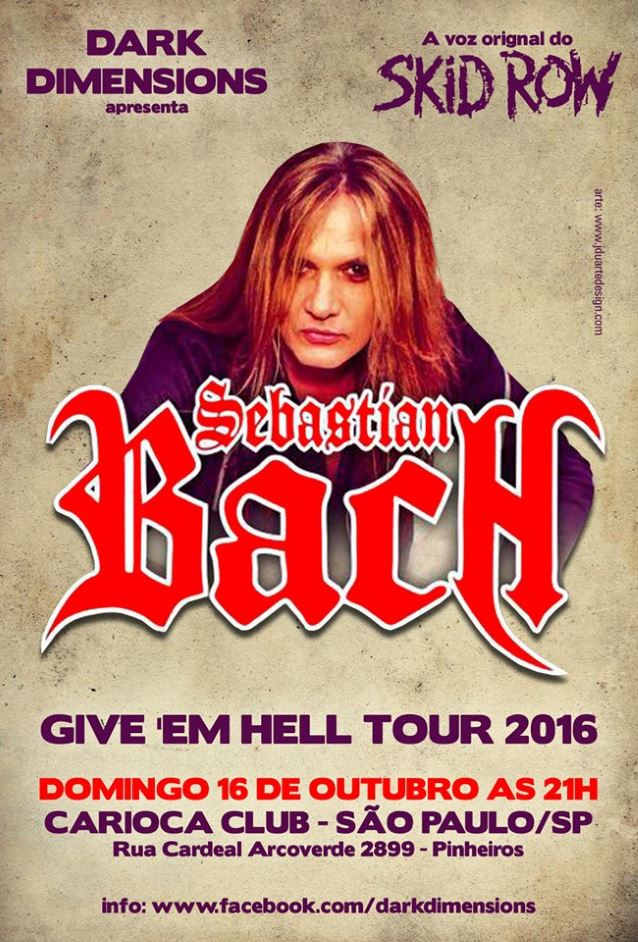