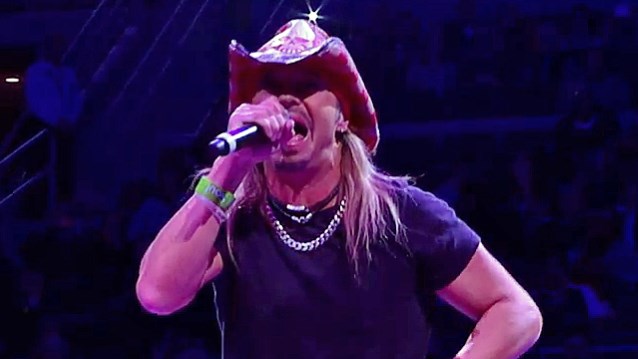 POISON frontman Bret Michaels has called bandmate Rikki Rockett a "true fighter" after the drummer revealed he is battling cancer.

Rockett recently completed nine rounds of chemotherapy and seven weeks of radiation after being diagnosed with oral cancer this past summer. The rocker will undergo a PET scan in February to determine if the treatment was successful.

In a post on his web site, Michaels writes: "My thoughts and prayers go out to Rikki. I have known for awhile he was going through this tough battle. Although people have asked me about his health, out of respect for Rikki's wishes, it wasn't my place to speak about it until Rikki was ready to talk about it himself. He is a longtime friend and a true fighter."

Rockett said last week that "it's time" for POISON to return to activity, explaining that the group will "get killed off if we don't do anything."

Michaels is continuing to focus on his solo career and recently released the video for "Girls On Bars", his new rock-and-country-crossover track which was written with Grammy Award-winning songwriter Luke Laird.