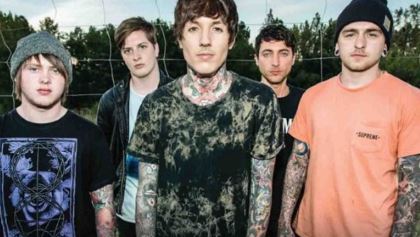 BRING ME THE HORIZON: 'Heavy Sounds From The Steel City' Book Out Now

John Blake Publishing has announced the publication of "Bring Me The Horizon: Heavy Sounds From The Steel City" by Ben Welch. For the first time, this book details BRING ME THE HORIZON's rise from hardcore shows in their native Sheffield, to sellout arena tours across the globe.

Taking to the main stage of the iconic Reading festival in August 2015, the sun set over an army of 50,000 fans, gathered to catch a glimpse of Britain's finest metalcore band, BRING ME THE HORIZON. Every lyric was sung back at such a deafening volume that lead singer Oli Sykes was all but drowned out.

Poster-boy Sykes is not one to bite his tongue, and when it comes to music, BRING ME THE HORIZON take no prisoners. One of the most polarising and eclectic bands to emerge from the U.K. rock scene, BRING ME THE HORIZON have refused to sit still. Taking their sound from its brutal roots and bone crunching riffs to ever more unexpected places, they have expanded the horizons of their own music, believing every album should sound different, while fighting their way from niche scene clubs to main stages worldwide. However, the band has also been the source of much controversy on its journey for international acclaim.

With notoriously fractious, rowdy live shows driven by the effervescent energy of frontman Oli Sykes, the band have overcome drug addiction, onstage assaults, clashes with critics and the departure of founding member and guitarist Curtis Ward. Despite the controversy of their image, the band has been credited by various journalists as being one of the most forward thinking heavy bands in the U.K. Behind the noise, there is a restless, pulsing creative spirit which, coupled with a brilliant business acumen; saw the band break out of the underground to become a sensation.

With all the pressures of being figureheads of a new musical movement, they've succeeded in becoming Britain's best metalcore band. Together, they have been through hell, and have come out the other side swinging. For BRING ME THE HORIZON, the sky is the limit. 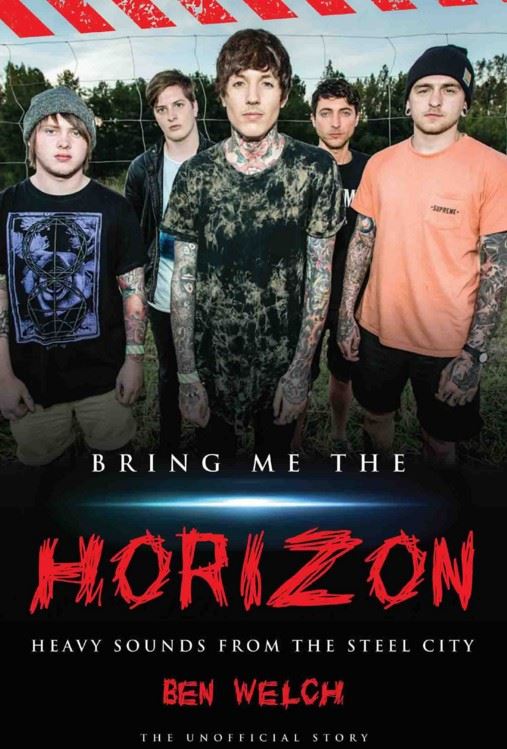