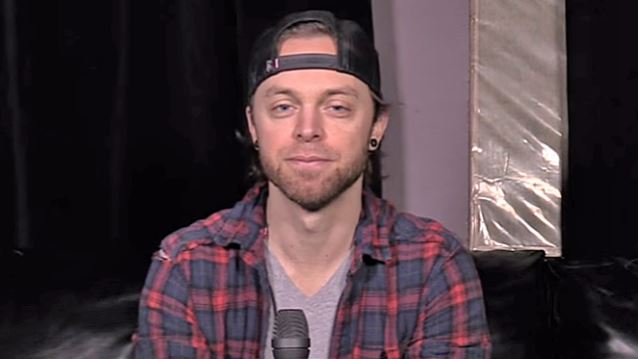 BULLET FOR MY VALENTINE Has Achieved All Its Goals, Says MATT TUCK

A Music Blog, Yea? recently conducted an interview with guitarist/vocalist Matt Tuck of Welsh metallers BULLET FOR MY VALENTINE. You can now watch the chat below.

Asked if there are any goals left for BULLET FOR MY VALENTINE to achieve, Tuck said: "Honestly, no. I think when we first started BULLET, our main goal was to hopefully one day do some touring, and that was that. That's definitely done. And then we kind of had these other dreams. They were never things we thought were achievable, but it was like touring with certain bands and getting an album out and going gold. It's just all these things; I had this wish list that we never thought was achievable. But we did. And I don't think there's anyone left that we would love to tour with, 'cause we've already done that. We've got tons of plaques for achievements of the albums have done and stuff, which is thanks to [the fans]. And that's it. We're just really content and just kind of doing our thing. I think having that mindset now rather than these really feisty, angry twenty-somethings that we were… It was great, you know, but I think we've got to a point now where we're just content, and it just makes life so much more easy to do what we do."

The band's latest album, "Venom", was released in August 2015 via RCA. The CD marked BULLET FOR MY VALENTINE 's first release since the departure of longtime bassist Jason James and addition of Jamie Mathias (formerly of REVOKER).

BULLET FOR MY VALENTINE drummer Michael "Moose" Thomas took a temporary leave of absence from the band earlier this year to spend time with his wife, as they awaited the birth of his first child. Filling in for him was Jason Bowld (PITCHSHIFTER, AXEWOUND).